Last Saturday 25 July the Princess Vlei Forum (PVF), in partnership with the Botanical Society of South Africa Kirstenbosch Branch, held a planting event at The Greater Princess Vlei conservation area in Cape Town. More than 3 000 plants were planted on the day. The extinct in the wild Whorled Heath (Erica verticillata) and critically endangered Serruria foeniculacea were reintroduced for the first time. This event forms part of the ongoing pioneering ecological restoration taking place at the vlei, with multiple stakeholders, specialists and international partners. 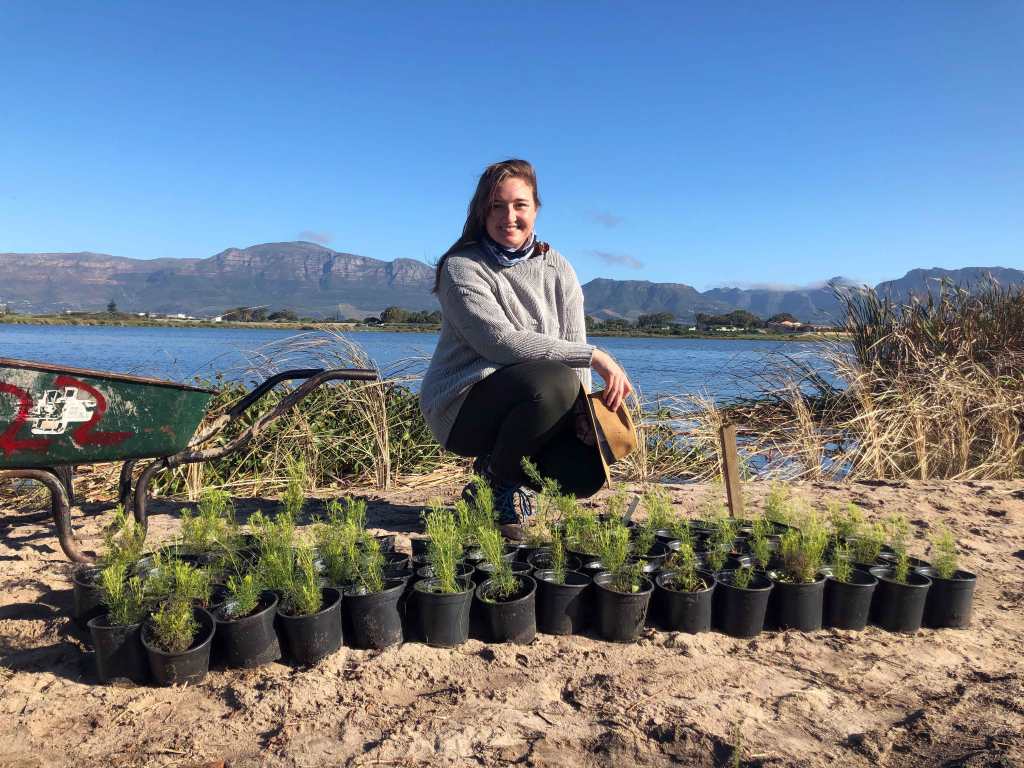 Above: Botanist Dr. Elzanne Singels with the Critically Endangered Serruria foeniculacea she has grown for the restoration project at Princess Vlei. Photo: Alex Lansdowne.

Located on the Cape Flats near the suburbs of Fairways, Southfield, Heathfield, Grassy Park, and Retreat, Princess Vlei forms the gateway to the wetlands system of the False Bay Ecology Park, encompassing Rondevlei, Zeekoevlei and Zandvlei. This extensive wetland reserve forms an important community and heritage space, as well as habitat for birds and the endangered Western Leopard Toad. 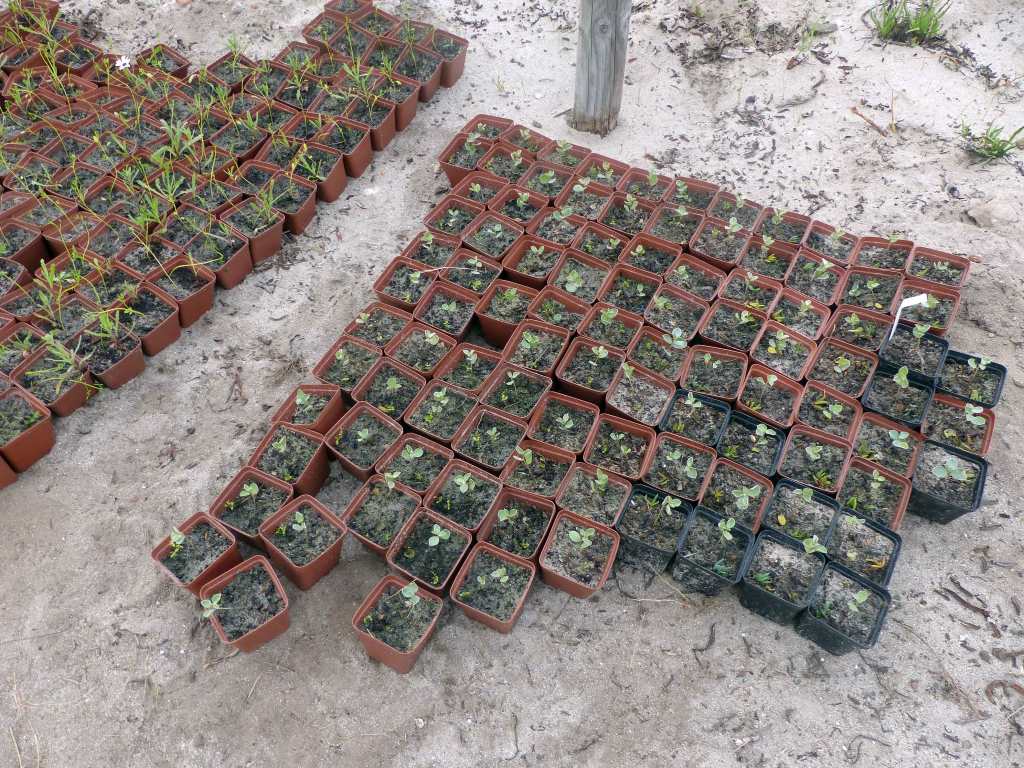 For many years Princess Vlei was in danger due to a proposal to build a shopping mall on her banks. The site also suffered years of neglect due to racially discriminatory distribution of resources during apartheid. Thanks to the efforts of the surrounding communities, through the Princess Vlei Forum, the decision to build the mall was overturned in 2014 due to the significant cultural and natural heritage value, and the conservation area proclaimed. 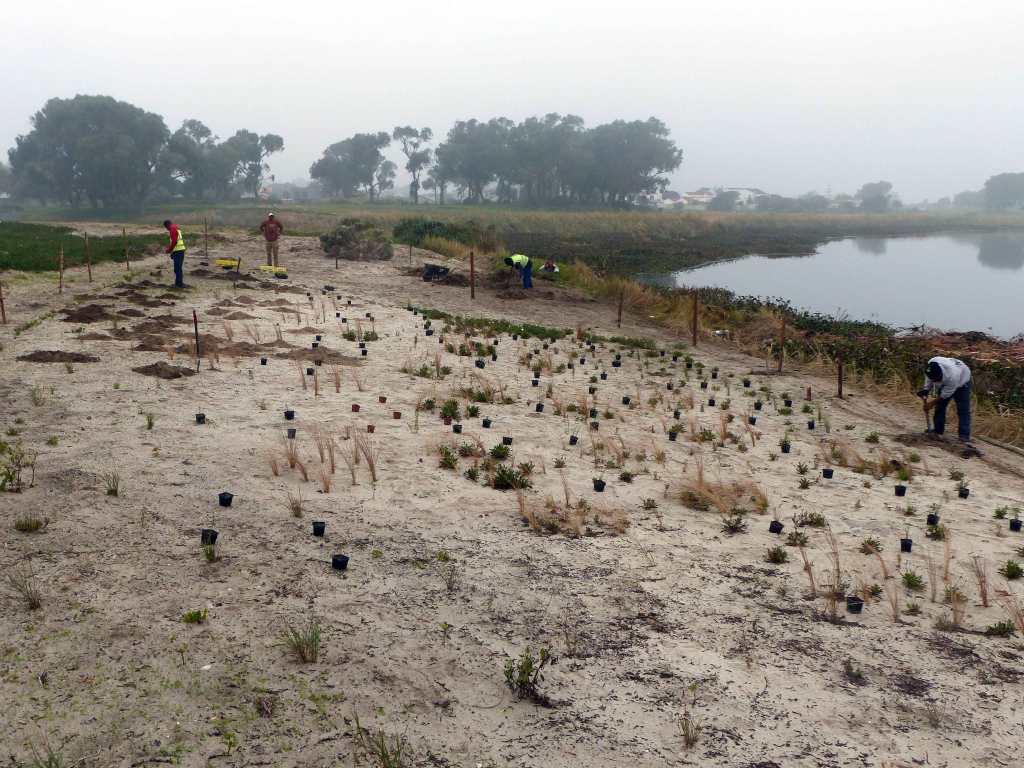 Above: Members of the Princess Vlei restoration team placing plants at the site on the banks of Princess Vlei ahead of the planting event. Photo: Zoë Chapman Poulsen.

The Princess Vlei Forum is a community-driven nonprofit organisation dedicated to working as custodians of this green open space. An active part of this custodianship is a 5 year restoration project to restore vast tracts of habitat at Princess Vlei. This will ensure the conservation area reaches its true potential as a critical biodiversity area for generations to come. The Botanical Society Kirstenbosch Branch has recently formed a new partnership with the Princess Vlei Forum, contributing funding towards this innovative restoration project as well as inspiring youth to become involved in biodiversity conservation. 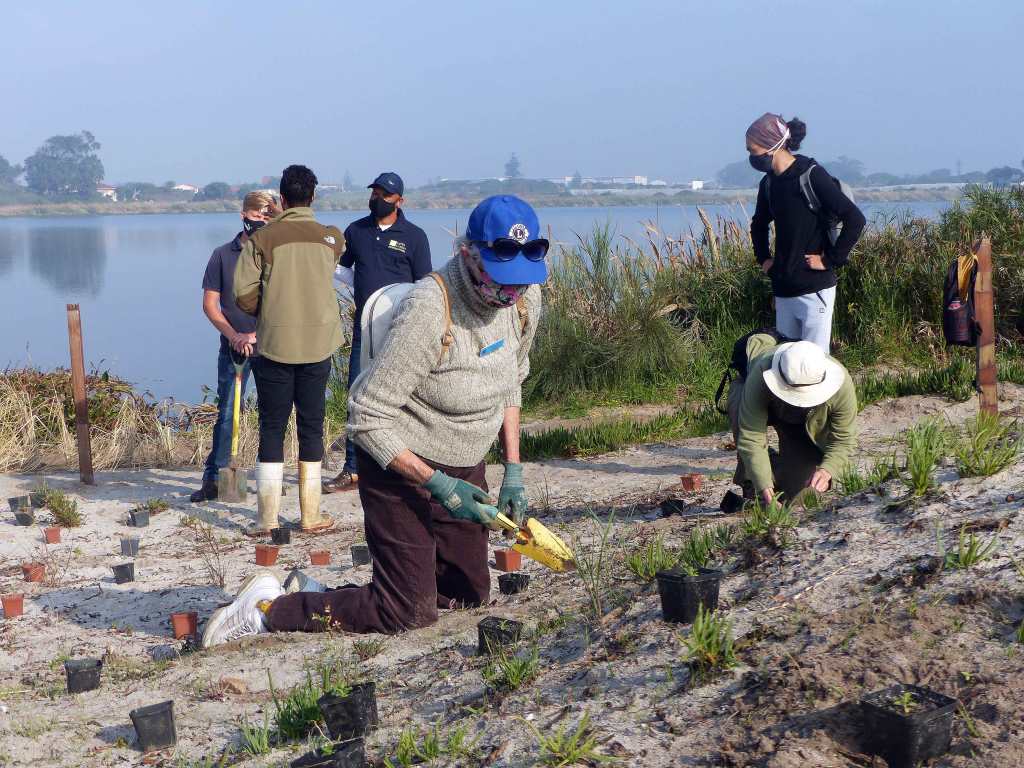 Above: Volunteers planting on site during the planting day. Photo: Zoë Chapman Poulsen

‘The Princess Vlei conservation area has understudied conservation value and high restoration potential. The investments made by the PVF into conserving this site are remarkable and have attracted international attention. Princess Vlei has been written off many times as a valueless open space in a non-white area, riddled by crime and social ills. We are changing this narrative by restoring this unique habitat. If we are to redress apartheid spatial planning we need to deliver good condition, safe and accessible natural spaces to poorer communities. We are doing this. The partnership between BotSoc and the PVF is part of a broader campaign to reintroduce young people to nature. Our main goal is to inspire future conservationists and nature enthusiasts in areas where they need them most.”’ 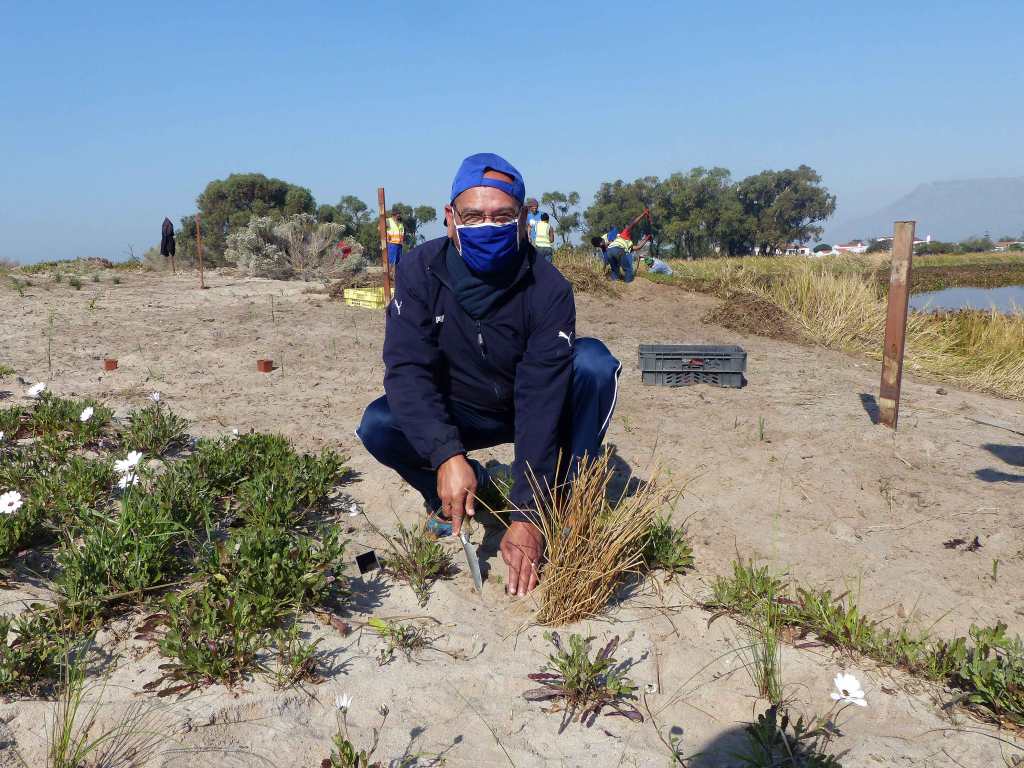 The Princess Vlei Restoration Project brings together stakeholders from the Princess Vlei Forum, local community including youth, the Society for Ecological Restoration (SER), the American Orchid Society and the City of Cape Town Parks Department. Seed funding has been received for the project from a variety of national and international sources. The Hans Hoheisen Charitable Trust has made significant contributions towards the management and environmental education programmes on site. This has allowed for further investments from the International Society for Ecological Restoration, the Rowland and Letta Hill Trust and the American Orchid Society. 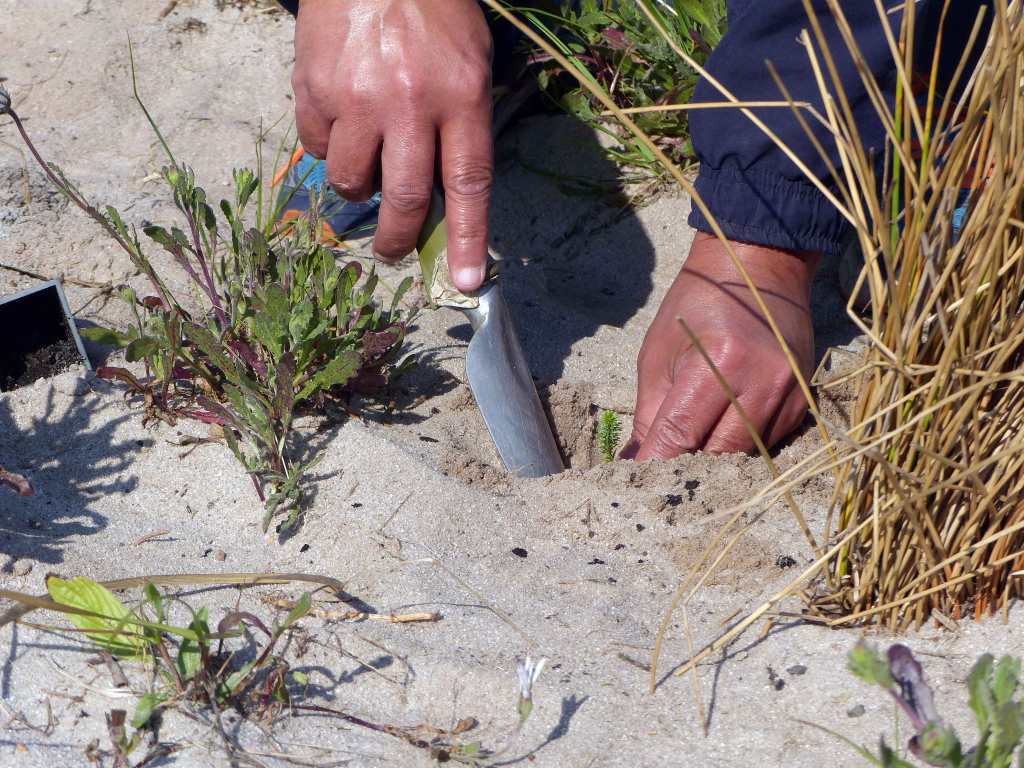 The goal of Phase 1 of the project is to restore a total of 12 ha at the site, encompassing critically endangered Cape Flats Sand Fynbos as well as Cape Flats Dune Strandveld and Cape Lowlands Freshwater Wetlands, both of which are classed as endangered vegetation types. Since the project has been initiated, vegetation and habitat condition of the site has been mapped and the area of the Greater Princess Vlei Conservation Area under active restoration has doubled. With a project ethos of fostering community custodianship, many members of the local community including youth have been involved in the restoration planting events. 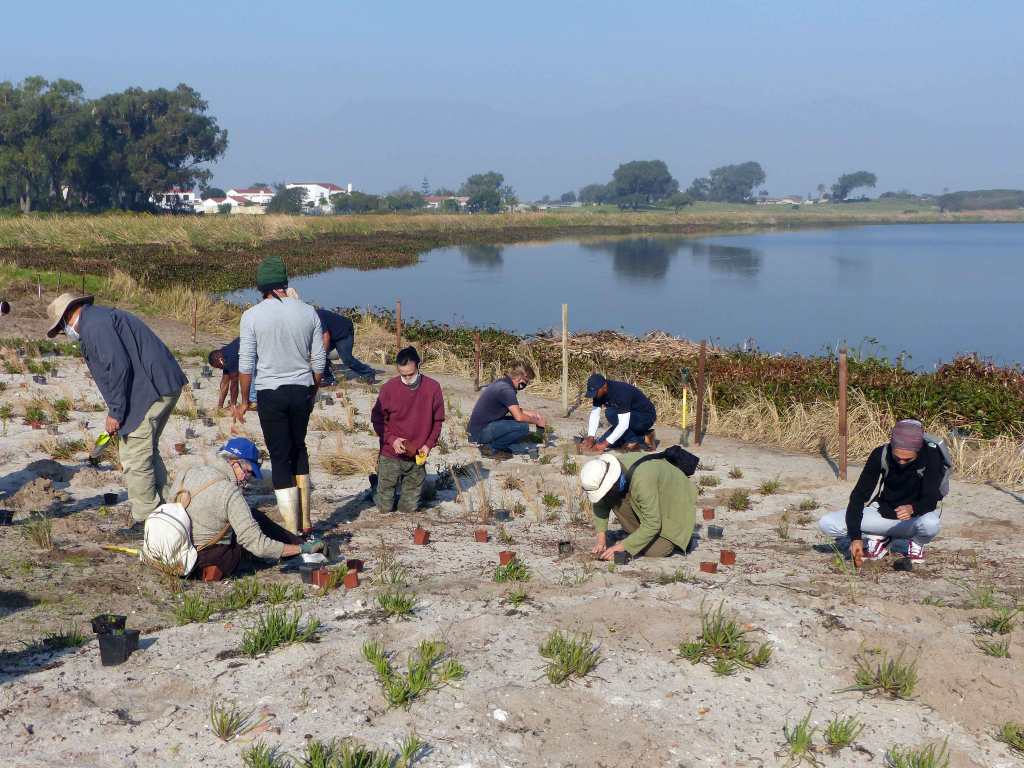 This year 48 plant species have been restored to the site, eight of which are listed as being of conservation concern on the Red List of South African Plants, one of which is extinct in the wild and two are critically endangered. Investment has also been made in upskilling local workers through training in restoration specific skills including seed collection, plant propagation and restoration planting.

Thanks to this innovative ecological restoration project, with much hard work and strong community and partner backing, the future looks bright for the biodiversity of the Greater Princess Vlei Conservation Area. Watch this space for further updates. 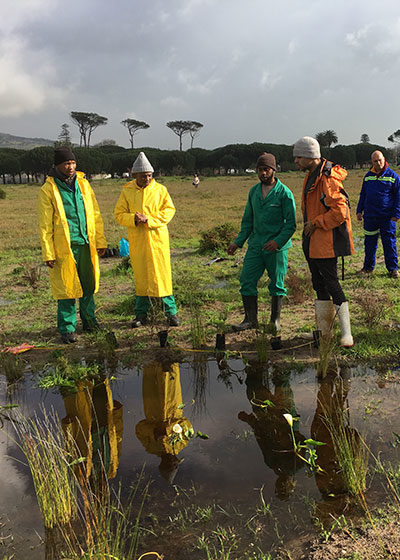 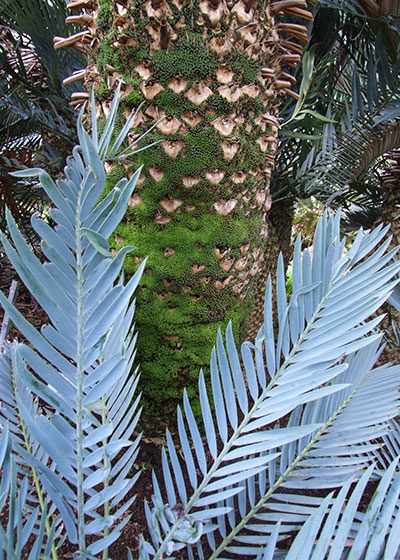 BotSoc Launches ‘Learning About Cycads’
Cycads are one of the oldest surviving plant groups on the planet. They have been around for more than 350 million years, surviving multiple mass extinctions and a plethora of environmental changes.

Roots and Words
Like 16% of South Africa’s plant species, thousands of languages worldwide are endangered. Some experts predict that up to 90% of the world’s languages will vanish within the next century.
1 2 … 13 Next