​​When plants and heritage meet: Revitalising an urban community garden

There are few South African cities with a more complex relationship with the notion of ‘heritage’ than the City of Tshwane, and it is apt that just before the start of Heritage Month the Pretoria branch was able to host a lunch at Moja Gabedi to know and enjoy indigenous vegetables.

Moja Gabedi is an urban community garden started and run by the University of Pretoria’s Department of Community Engagement, and the development of the project is a fitting metaphor for democratic South Africa. The 0.62 hectare parcel of land was, for the past century, used as a dumping site, with successive projects simply covering previous rubble with a thin layer of topsoil before discarding their own refuse on top. 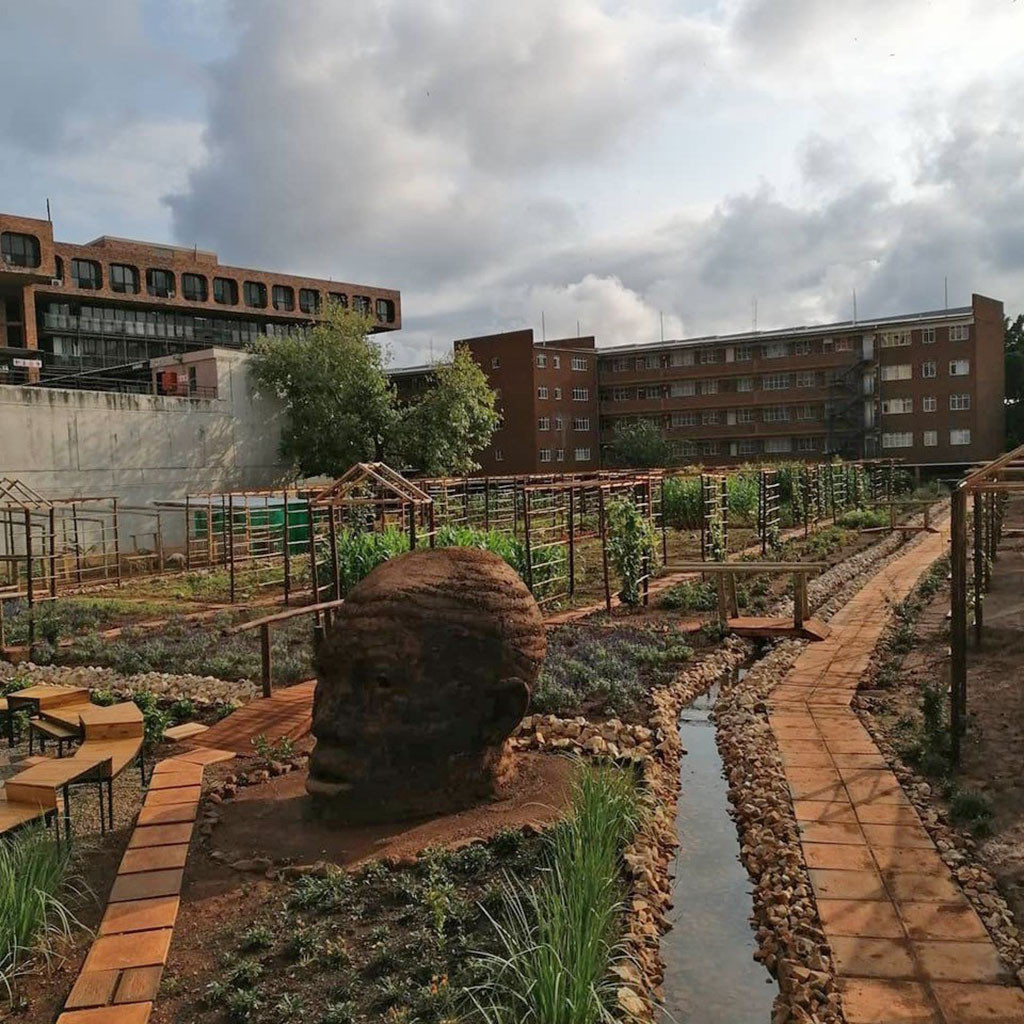 Revitalising the space required the removal of 3 000 tons of rubble and rubbish. This unearthing of the site’s history revealed a complex story of conflict and change, from fragments of a South African war-era field hospital and century-old sundial to the remnants of a post office and signs of our contemporary socio-economic struggles in the discarded drug needles.

Although much of what was unearthed on the site was unsightly, it was only through digging up and recognising the site’s true past that a new chapter for the space could begin. Today the site is a multi-functional urban greenspace, hosting a community vegetable garden, outdoor theatre, braai area and several therapy programmes. The space not only serves as a refreshing patch of greenery in a dense concrete landscape, but also provides students and other local residents with the freedom to build community, express themselves and develop new skills through various on-site projects. 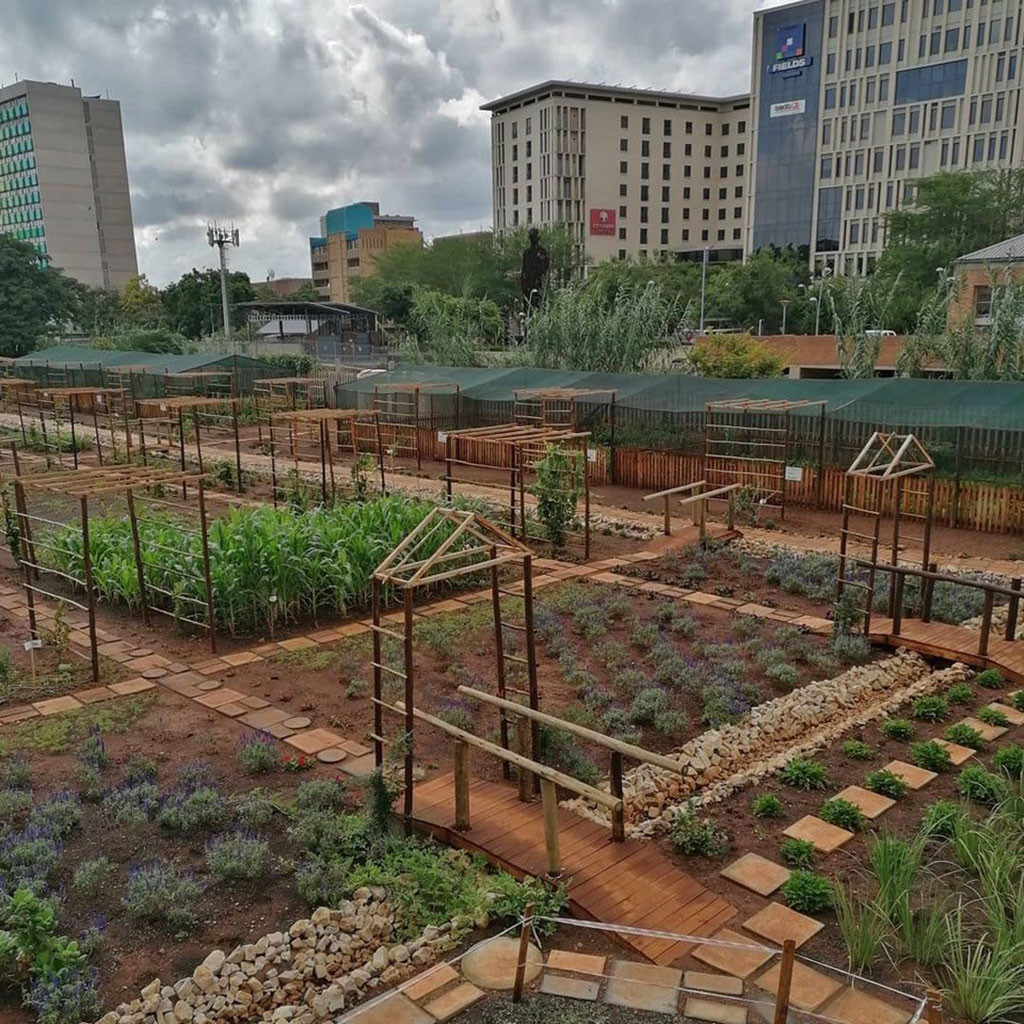 I have been fortunate to be involved in the horticultural aspect of the project, and one of my mandates has been to work with Jason Sampson (the curator of the Manie van der Schijff Botanical Gardens at Pretoria University) to bring in indigenous and ‘orphan’ crops to highlight their importance and potential. As an agronomist and chairperson of the Pretoria branch, I wanted to show our members that botanical diversity is found not just in natural spaces but urban agroecosystems as well. The lunch was organised in collaboration with Dr Hennie Fisher and his team of students from the Department of Consumer and Food Sciences, and focused on a traditional vegetable called mutshaina. 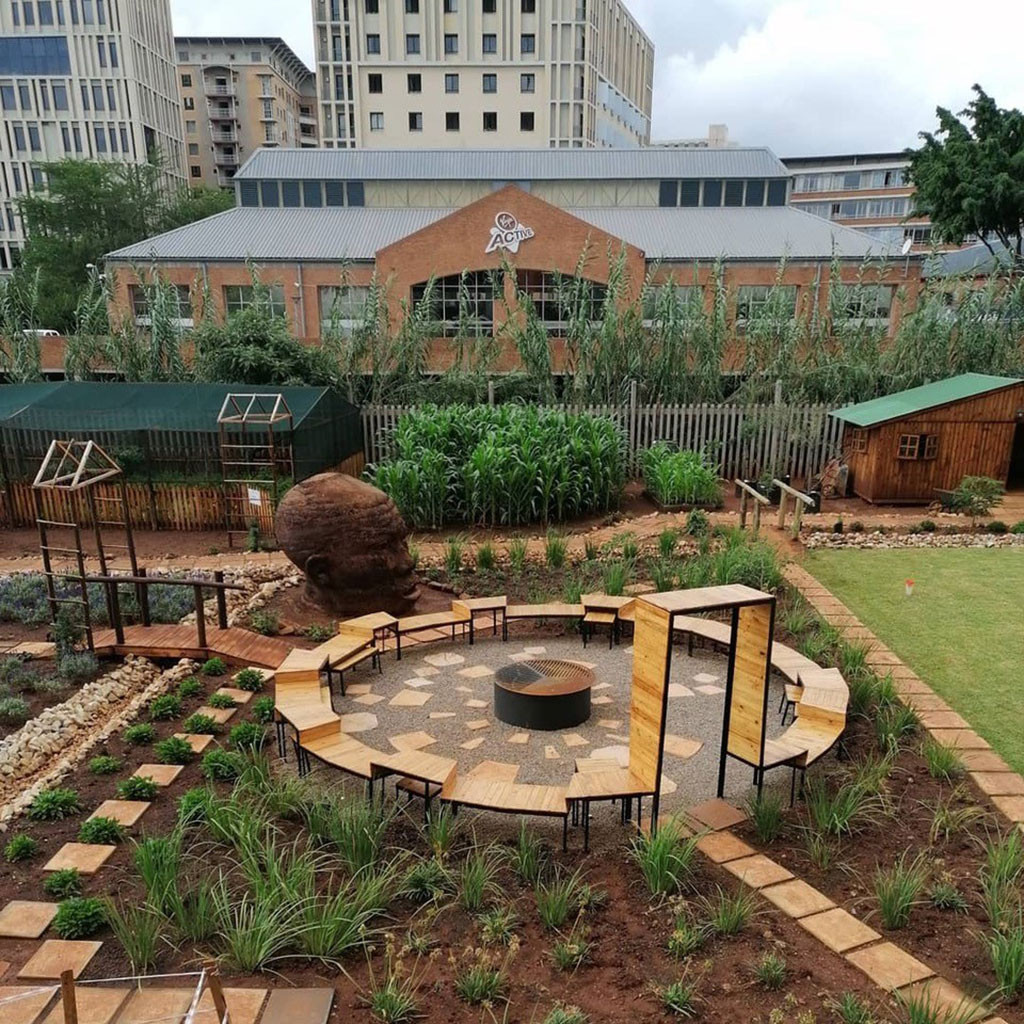 Mutshaina is a leafy winter vegetable largely thought to be a non-heading type of Chinese cabbage (Brassica rapa L. subsp. chinensis), and the plants we grow on site are from seeds originally obtained from the Vhembe district in Limpopo. The species is of course not itself indigenous to Africa, but the existence of several landraces such as dabadaba, lidzhainthi, tshikete and mutshaina wa u navha reflects the long history the plant has had with indigenous communities.

When we speak of South Africa’s botanical heritage almost all of us view this entirely in the context of wild biodiversity, but I firmly believe that indigenous landraces of crops are an equally important component. These crops are often ill suited for an industrialised agrofood system for a number of reasons, and the preservation of their genetic diversity is entirely dependent on backyard, community and small-scale growers. 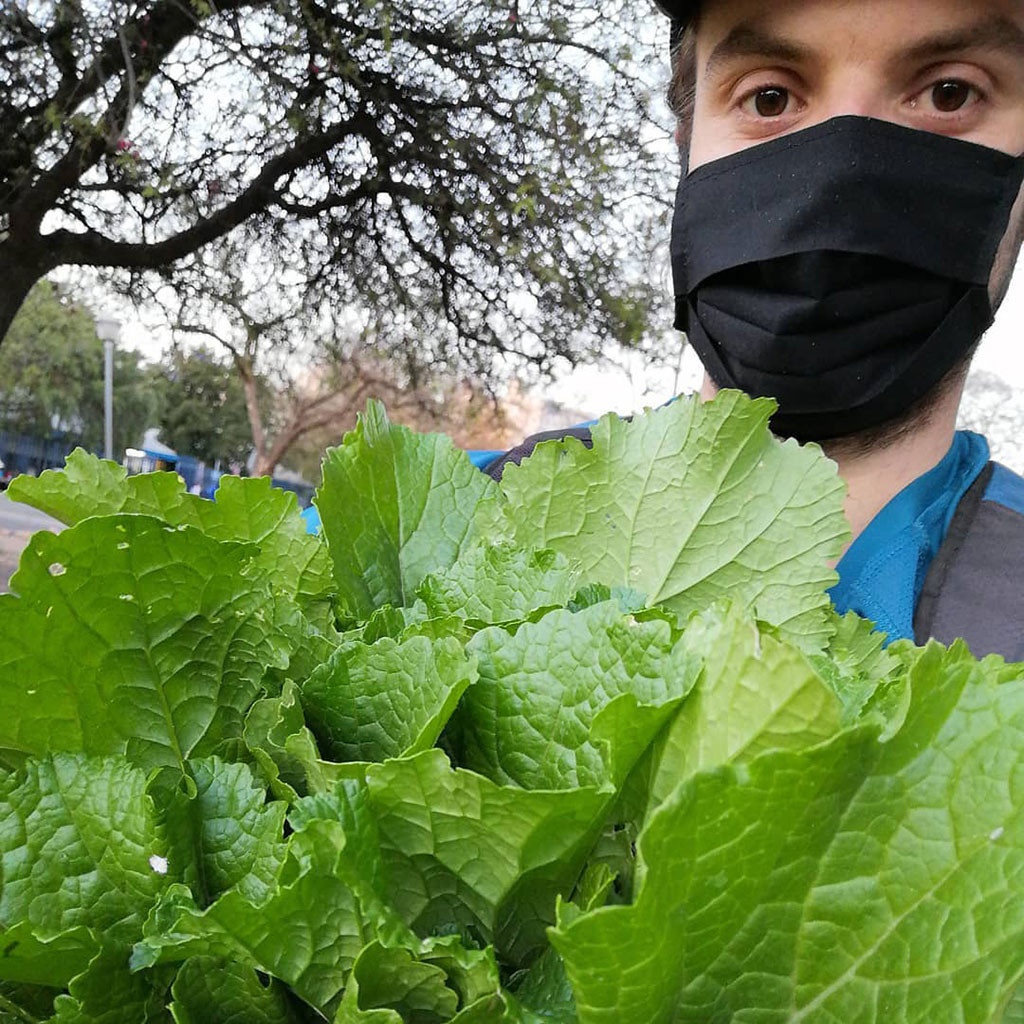 Above: Harvesting the last of an experimental batch of mutshaina (Brassica rapa chinensis) before it bolts.

Mutshaina is a crop I would highly recommend to anyone wanting to grow their own leafy greens, not only for its unique flavour but also because it is incredibly easy growing. As part of Moja Gabedi’s philosophy of community support, and the community-building direction I would like to steer the Pretoria branch towards, we have small amounts of mutshaina seed freely available for BotSoc members. We would love to introduce BotSoc members to a range of indigenous vegetables – please watch this space. 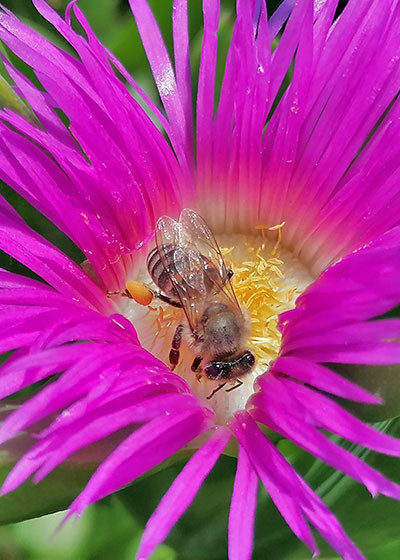 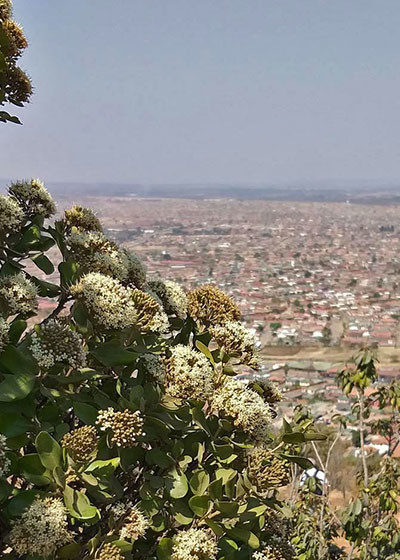 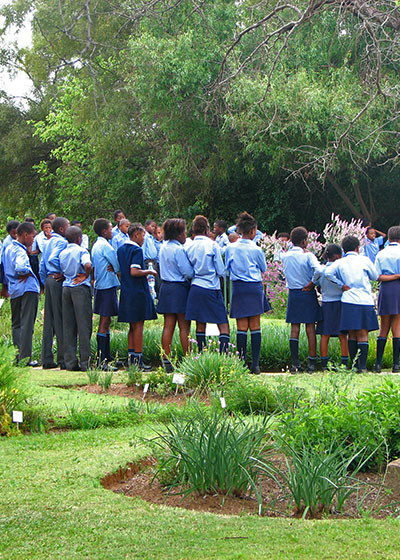 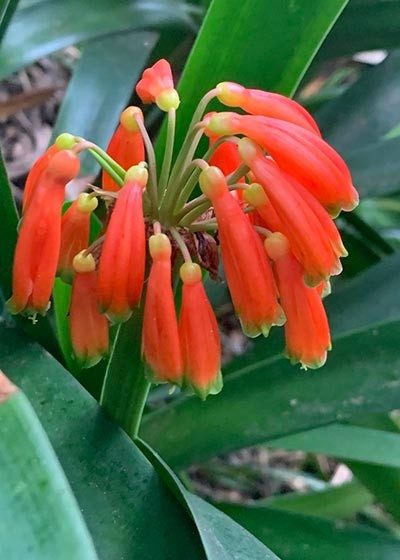