The science of names: An introduction to plant taxonomy

A world of plant diversity 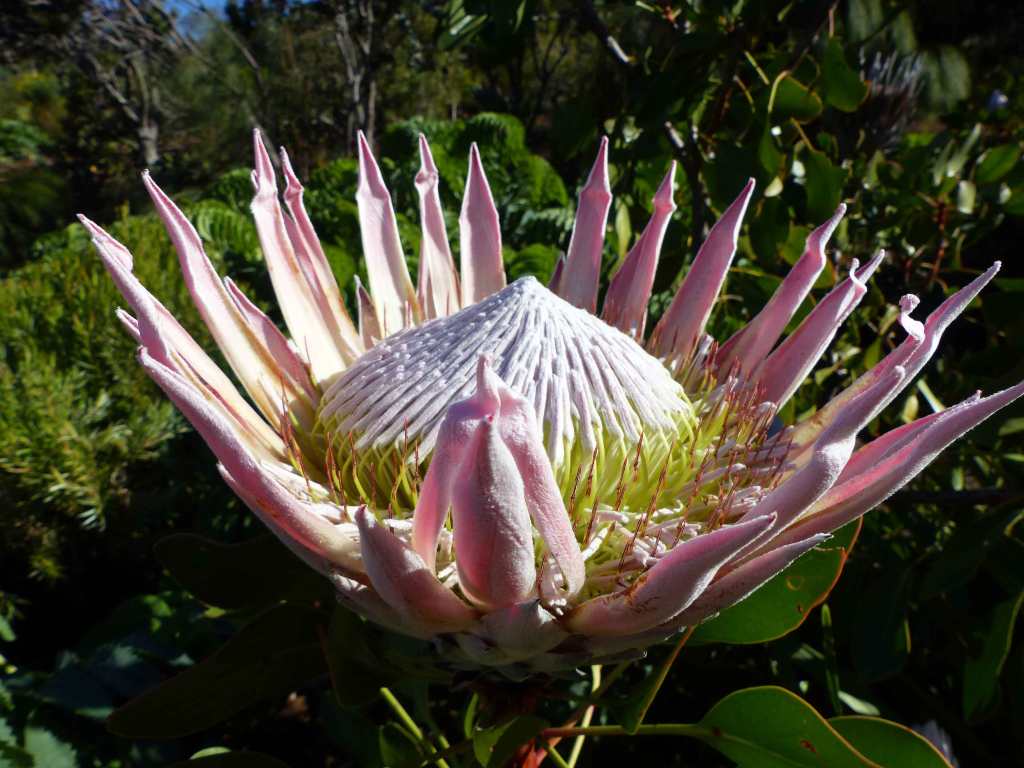 From the tiniest moss to the tallest of trees, the world is home to an extraordinary diversity of plants. In fact, there are currently more than 391 000 plant species currently known to science, of which 369 000 are flowering plants. This number only includes the plant species that have been described and assigned a scientific name by researchers. Many more plant species remain undescribed, with more than 2000 new plant species being discovered and described each year. These new species may be found on expeditions high atop remote mountains, or may be right under our noses. In some cases, advances in genetic research reveal that one or many species previously thought to be related to one group of plants may in fact be related to a different group of species.

What is plant taxonomy and how are plants classified? 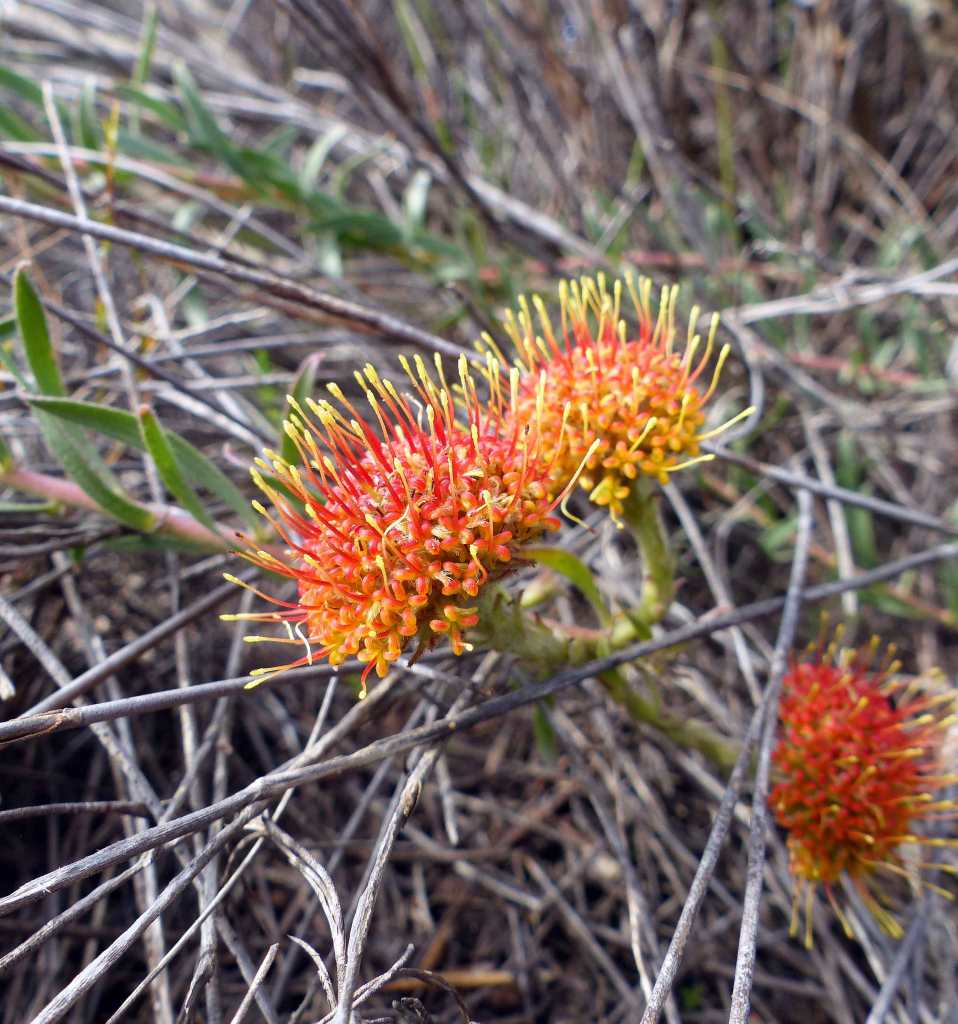 Kingdom: A taxonomic category of the highest rank. Different organisms are grouped together through the presence of certain common fundamental characteristics. Examples include animals, plants and fungi.

Phylum: A phylum is a taxonomic level that sits below kingdom but above class. There are 12 different recognised plant phyla. The bryophyta include mosses and liverworts, and are characterised by a lack of true roots and stems. Angiosperms meanwhile have flowers, roots and stems, reproducing by means of seeds.

Class/Order: The ‘class’ as a level of taxonomic classification was first introduced by French botanist Joseph Pitton de Tournefort in 1684. It sits below phyla and above order. Order comes next below in the taxonomic ranking.

Family: Plants are grouped by taxonomists into families, where plants grouped together have many common characteristics. Plant family names are easily recognised by starting with a capital letter and ending with ‘…ceae’. For example, the plant genera Protea, Leucospermum and Leucadendron form part of the Proteaceae family.

Genus: The genus forms the first part of the binomial scientific name of a plant. It always appears in Italics and should be capitalised. Examples include the genera Gladiolus and Plectranthus.

Species, subspecies and variant: Genera comprise groups of different species that share certain common characteristics and are closely genetically related. A species is an interbreeding group of individuals that are capable of producing fertile offspring that can reproduce themselves. The term ‘subspecies’ and ‘variant’ are used to reflect variation within a species. Plant species/subspecies/variants are assigned binomial scientific names that appear in Italics, first beginning with the genus and then the species, which always appears in lower case, for example, Leucospermum prostratum.

How do taxonomists describe a new plant species? 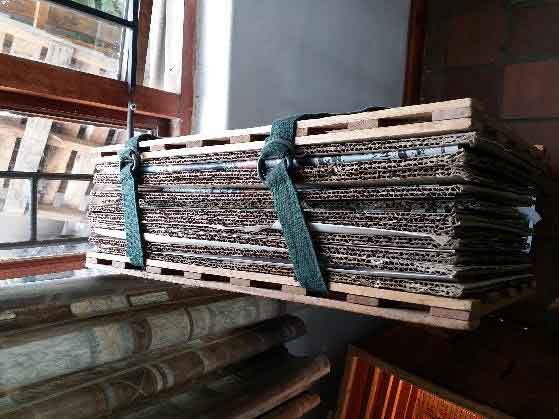 Left: Specimens collected from the field are pressed and dried in a plant press. Photo: Corne Brink.

First, a sample of material needs to be collected from the plant to allow its main features to be described. This should include representative examples of key identifying features such as the leaves, stems, flowers and seeds of the plant. To facilitate preservation of this material once it has been taken from the field it is pressed and dried.

Detailed field notes should be taken on features such as flower colour and plant height that may not be preserved during specimen collection. Flowers are often dissected to show key diagnostic features. 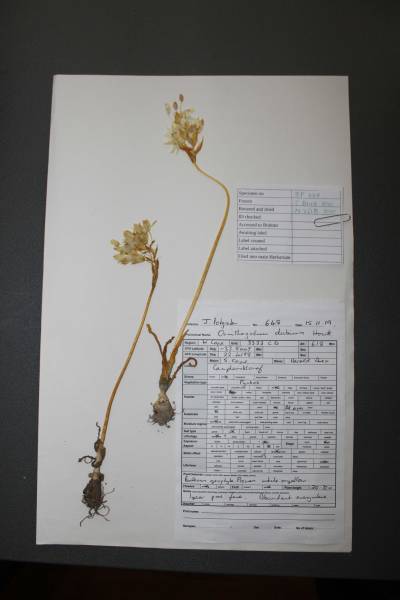 Pressed specimens are then mounted to form a herbarium specimen. In the case of structurally complex blooms such as orchids, they can be preserved in spirits so that their morphology is not altered by pressing the specimen.

A collection of herbarium specimens (mounted pressed plants) is known as a herbarium, which is defined as a systematically arranged collection of dried plants. This collection can be used for identification and other taxonomic research.

So what happens next? 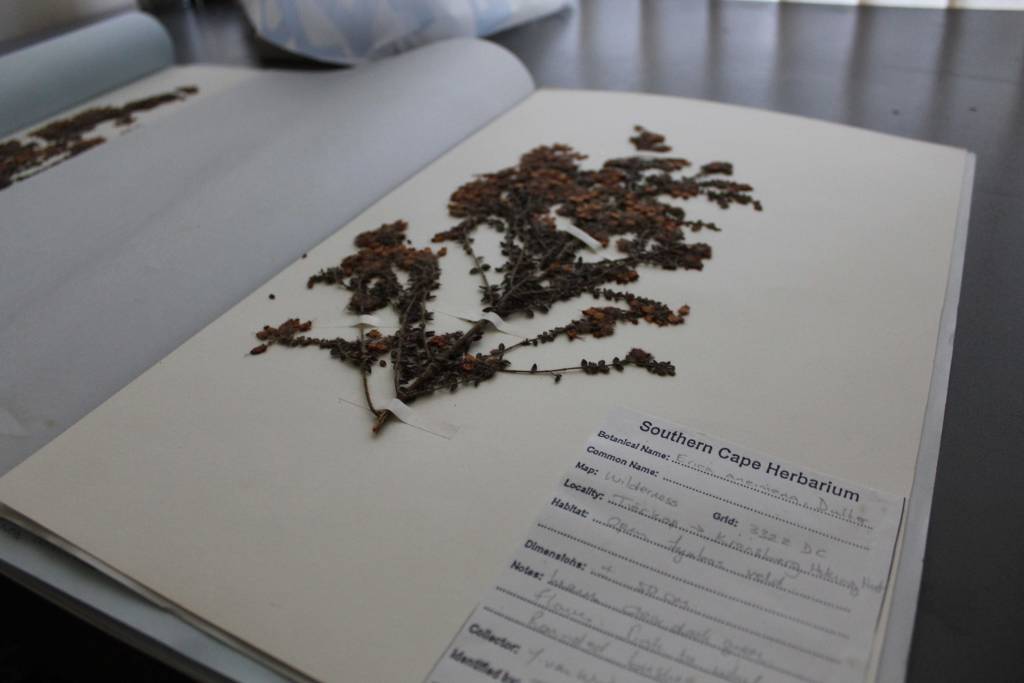 One may be forgiven for thinking that once a new species has been described and assigned to a family, genus and species, that the taxonomists’ work is done. This is far from the case. The technology at our fingertips for taxonomic research is constantly evolving, allowing new insights with innovation in technologies such as genetic fingerprinting.

Citizen science programmes such as our partners at the Custodians of Rare and Endangered Wildflowers (CREW) get more people into the field, generating new information about our plants including where they grow and how they vary across their range. This information from the field then feeds into the work of taxonomists, who then need to revisit the classification of certain plant species and genera, before updating the work in light of this new information. This process is known as a taxonomic revision. Some species may be moved into other genera, or a genus may be split into several new genera depending on new research findings.

Why is plant taxonomy so important for conservation?

Above: Pressing specimens collected from the field during a CREW trip. Photo: Petra Broddle.

The fields of plant taxonomy and conservation are intrinsically linked, with one informing the other. It is of particular importance in a megadiverse country such as South Africa that we know who our species are and in what ecosystems and vegetation types they grow. When there are so many species and ecosystems in one country and limited resources for conservation, we need to direct our resources strategically to where they are most needed. This is done through innovative conservation planning at a regional, provincial and national level. This planning then translates into implementation through direct conservation action on the ground through processes such as biodiversity monitoring, stewardship or extension work.

Correct and up to date botanical nomenclature also feeds into other important conservation resources such as the Red List of South African Plants. This searchable online database is open access and includes assessments of threat status for all of South Africa’s known flora. It is used to inform the work of many different biodiversity professionals across the sector. The Red List of South African Plants is also regularly updated to reflect changes in our knowledge brought about by ongoing collection of biodiversity data.

The Botanical Society strongly values the ongoing innovative work of our partners, including the South African Biodiversity Institute (SANBI) and other taxonomic researchers nationally and worldwide in informing South Africa’s conservation planning and action. The science of plant taxonomy becomes increasingly important in a world where our ecosystems face a plethora of different threats. We will continue to work alongside our partners in strategic conservation planning, driving conservation action across South Africa. 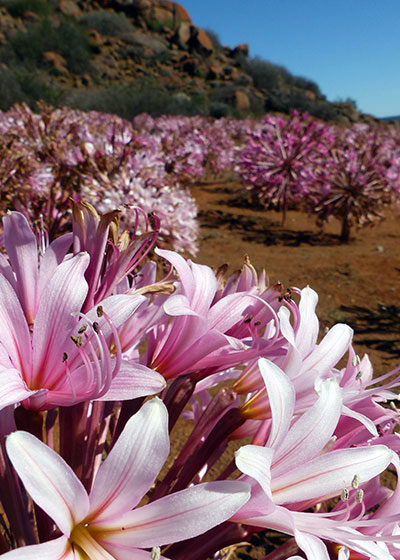 Out of the dust: A mass flowering of Brunsvigia bosmaniae
It is not without reason that Nieuwoudtville is known as the ‘Bulb Capital of the World’. In spring the veld comes into bloom in a plethora of colour, drawing visitors from all over South Africa and beyond to see the spectacular displays.

Conserving South Africa’s wetlands
Wetlands are ecosystems that contain quantities of water, usually providing a home for special vegetation communities and a wide variety of wildlife that depend on them for survival. Some wetlands flood throughout the year but others flood only during the wettest seasons.
1 2 … 13 Next