​​Where to Enjoy Aloes in South Africa

Above: Spectacular yellow flowers add to the beauty of the architectural quiver tree (Aloidendron dichotomum) when in full bloom. Photo: Martin Weigand/iNaturalist.

South Africa’s coldest winter weather is paired with mass displays of warm red, oranges, yellows, pinks and even green flowers of Aloes coming into bloom. The Aloes are a plant family loved both in the veld and in our gardens, in South Africa and around the world.

So where are some of the best places to enjoy our members of the spectacular Aloe family in bloom? Here on the #BotSocBlog we offer you a few suggestions. 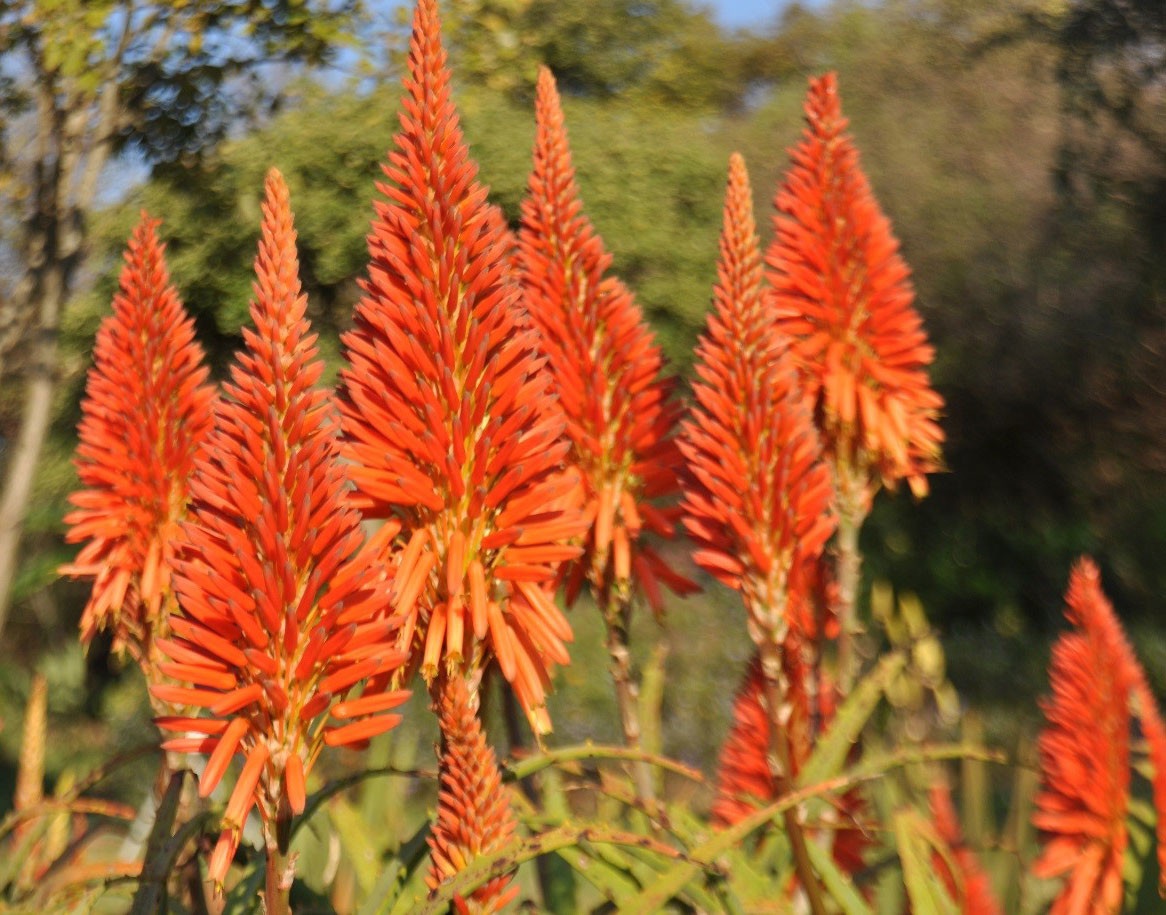 We start our Aloe adventure at Walter Sisulu National Botanical Garden, located at Roodepoort in Gauteng. These botanical gardens are most famous for the breathtaking  Witpoortjie waterfalls, which form the centrepiece of the garden.

During winter embrace the fresh highveld weather to see the plethora of different Aloes blooming in the Succulent Rockery.

Through our close partnership with the South African National Biodiversity Institute (SANBI), BotSoc members have unlimited access to Walter Sisulu NBG year round, allowing you to enjoy the garden as it changes through the seasons. 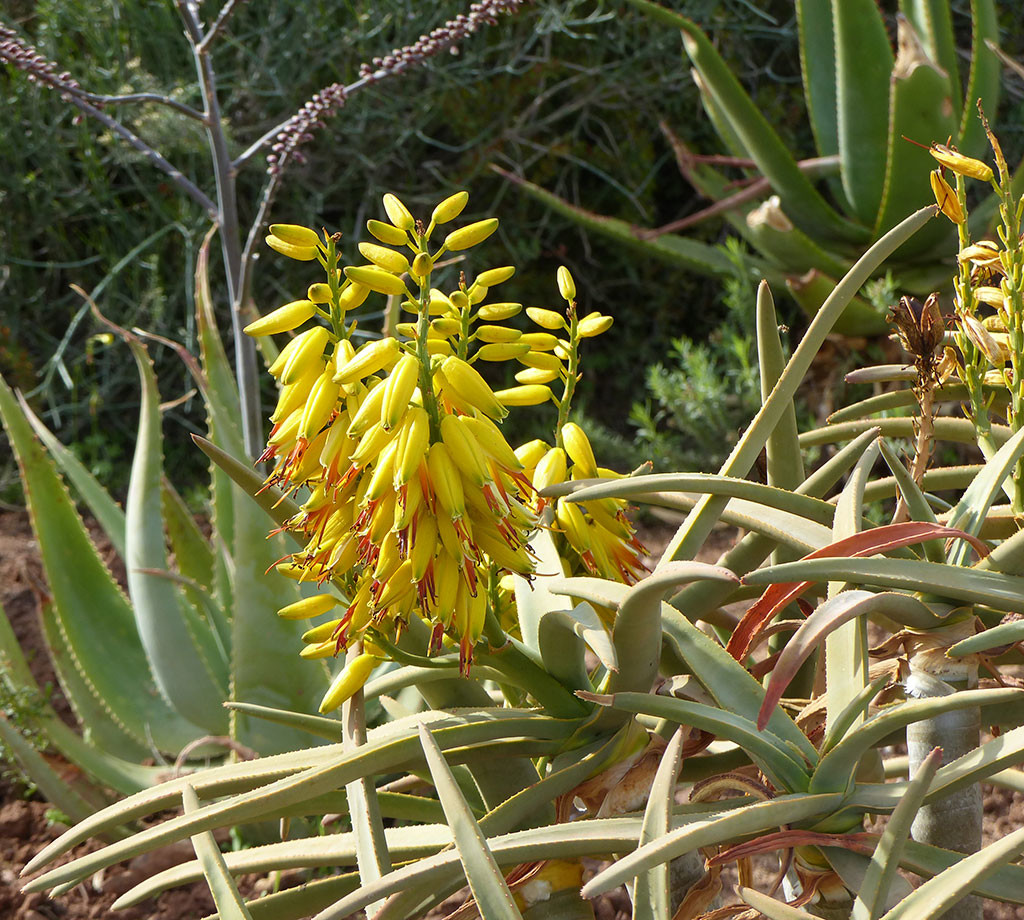 Karoo Desert National Botanical Garden is a microcosm of South Africa’s arid land plant diversity, representing floras from the Succulent Karoo to the Desert Biomes of the country.

Located in Worcester, this NBG is an easy two-hour drive from Cape Town.

During the winter months, many different Aloes can be seen in bloom across the formal cultivated areas of the garden and along the three surrounding hiking trails.

As you enter the garden look out for the bright yellow blooms of the maiden’s quiver tree (Aloidendron ramosissimum) near the restaurant.

Paths climb slowly up through the garden where near the Curator’s house there is an architectural display of quiver trees (Aloidendron dichotomum) that visitors can enjoy in flower without needing to make the long drive to the Northern Cape.

If you are lucky, you may experience the gardens with a spectacular winter backdrop of snow on the highest peaks of the nearby Hex River Mountains. 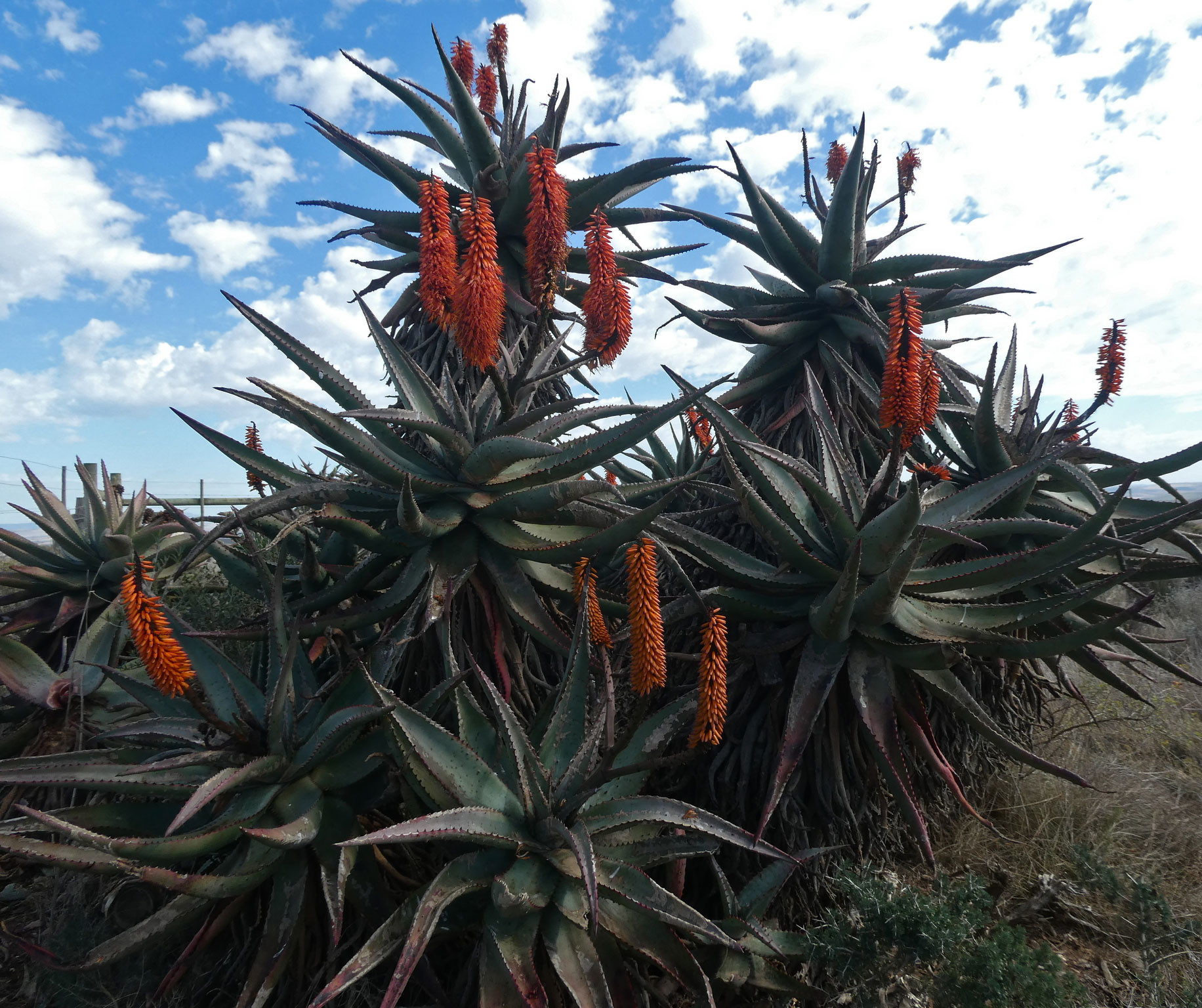 Founded to conserve the bontebok after which the park has been named, Bontebok National Park also conserves extensive areas of lowland fynbos and renosterveld adjacent to the Overberg town of Swellendam.

The bitter aloe (Aloe ferox) is very common in the park and during the winter months visitors can enjoy their spectacular red flowers. The inflorescences are often visited by nectivorous birds such as sunbirds.

The bitter aloe is well known for its medicinal properties and the gel-like flesh is widely used as an ingredient in cosmetics, food and drinks. 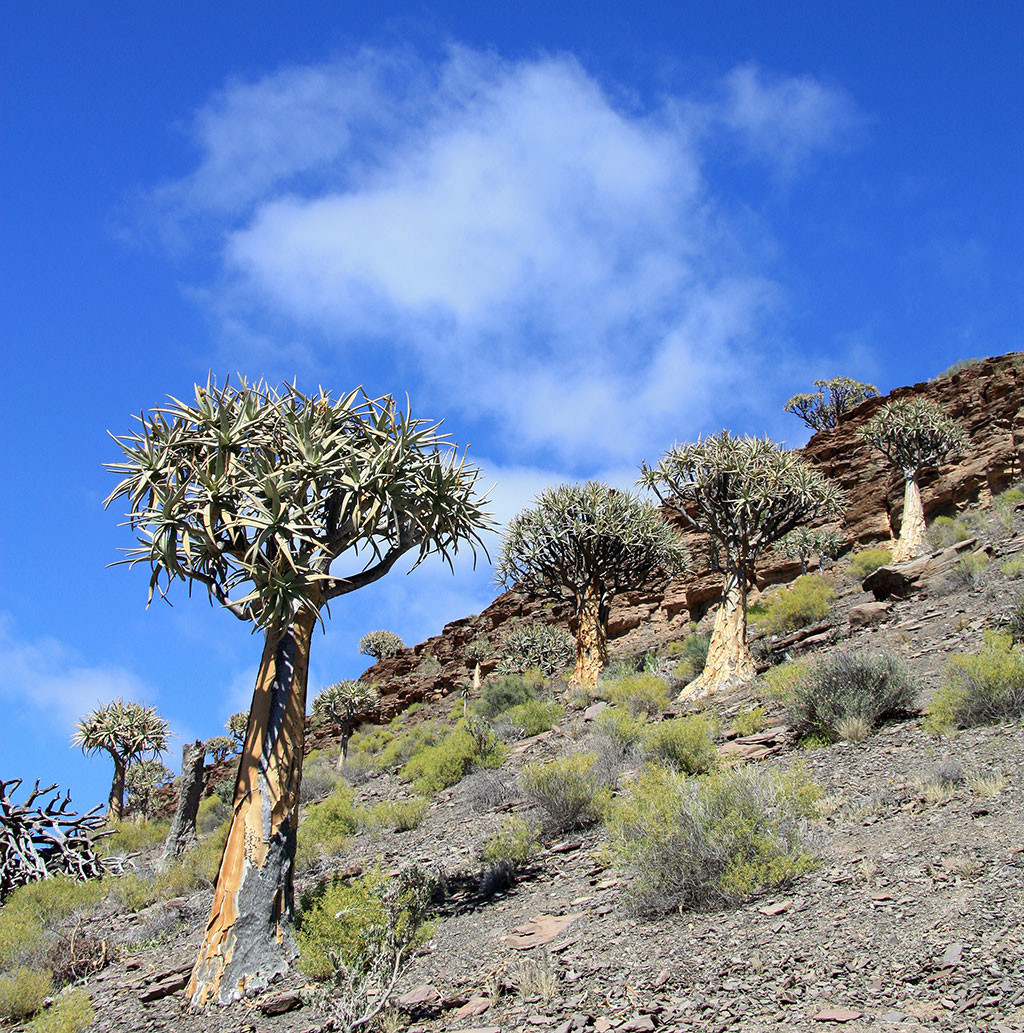 The small Namaqualand town of Nieuwoudtville is located on top of the Bokkeveld Escarpment and a popular stop for plant-loving visitors to the Northern Cape.

The largest quiver tree colony in southern Africa (Aloidendron dichotomum) is found between the towns of Nieuwoudtville and Louriesfontein.

The stark beauty and architectural form of these huge succulents against intense blue skies and spectacular sunsets make this site worthy of a visit at any time of the year. But in winter the quiver trees come into bloom en masse with spectacular displays of bright yellow flowers. 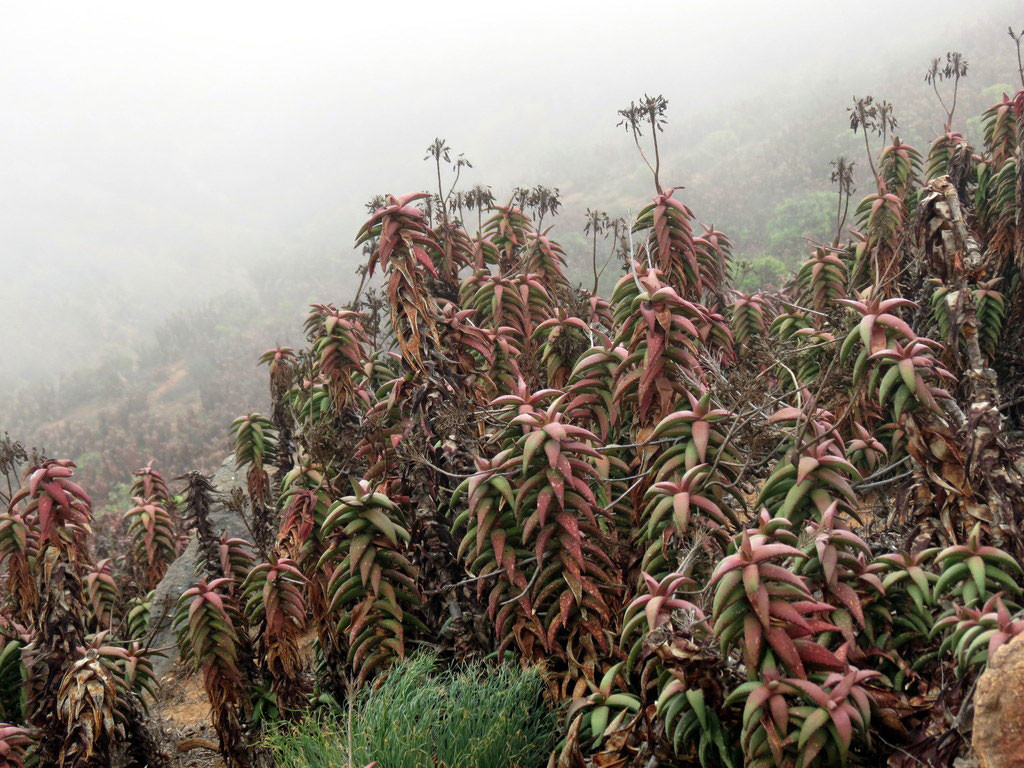 The park also includes the Gariep Centre of Plant Endemism, home to more than 2 700 plant species, more than 560 of which are endemic or near endemic to the area.

Pearson’s Aloe (Aloe pearsonii) is endemic to the park on both the South African and Namibian sides of the Gariep (Orange) River. 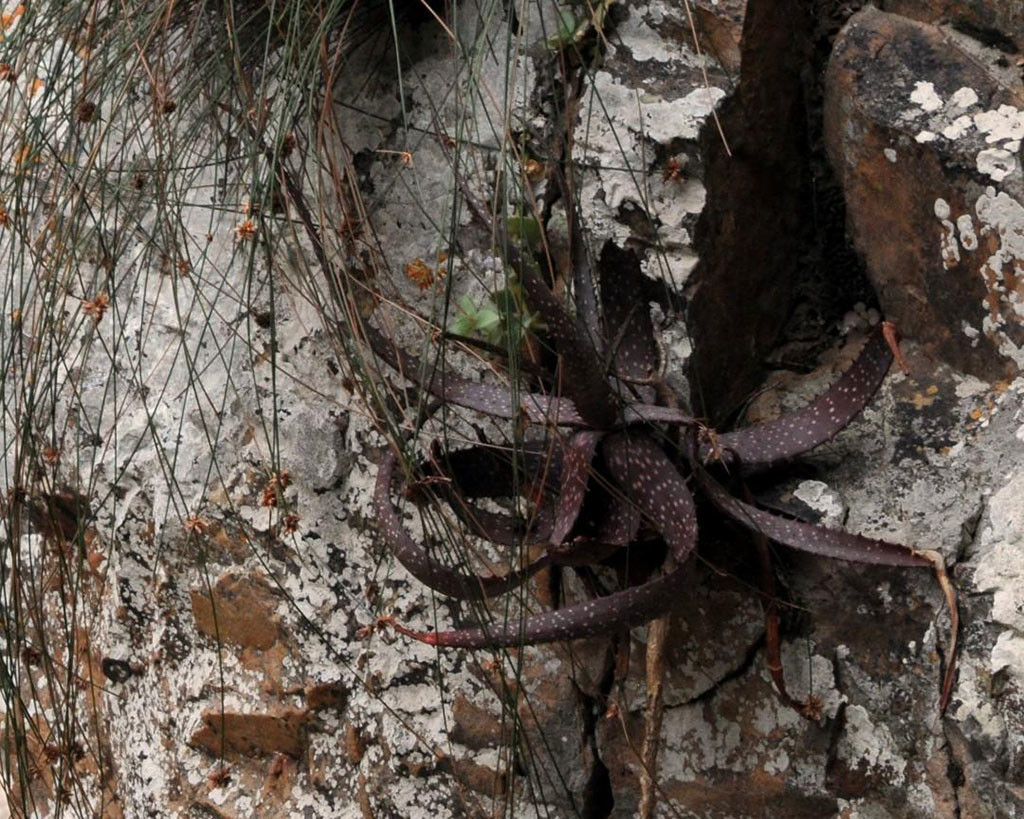 Above: Painted leaf Aloe (Aloe pictifolia) in habitat in the Baviaanskloof. Photo: ‘audissou’/iNaturalist.

This rugged mountain wilderness is famous for its deep gorges, high mountain peaks and extraordinary plant, bird and reptile diversity. The vegetation of the area includes areas of fynbos, grassland and indigenous forest.

There are no less than 11 Aloe species found within this region, including the painted leaf Aloe (Aloe pictifolia) which is one of a large number of plant species that are endemic or near endemic to the Baviaanskloof area.

These are some of our favourite places to go and enjoy our beautiful winter-flowering Aloes in bloom. Where are your favourite Aloe plant places? Let us know in the comments on Facebook or Instagram or Tweet us your responses. 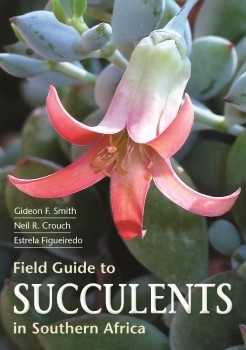 Available from the Kirstenbosch Bookshop. 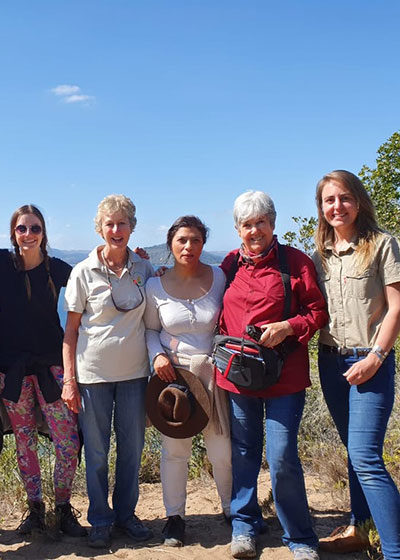 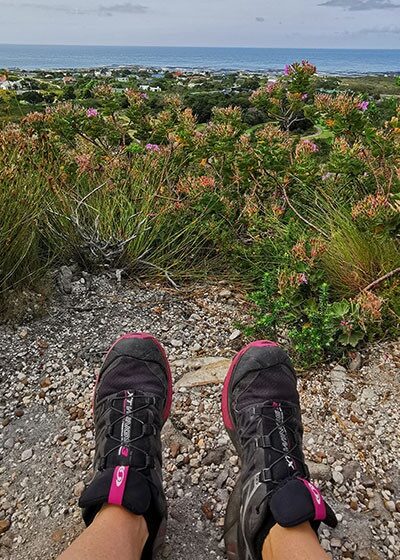