Summer Blooms in the Kogelberg: Walking the Palmiet River Trail

Tucked away 6km off the R44 between Betty’s Bay and Kleinmond, the Kogelberg Nature Reserve is one of the hidden gems of the Overberg region. Considered the heart of the Cape floristic region, it is renowned for being home to the highest fynbos plant diversity in the region. 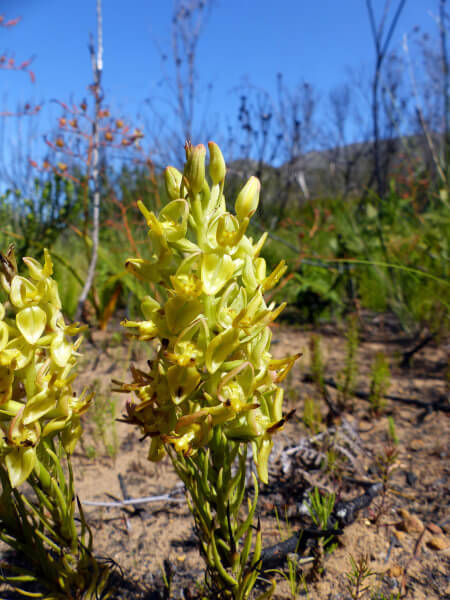 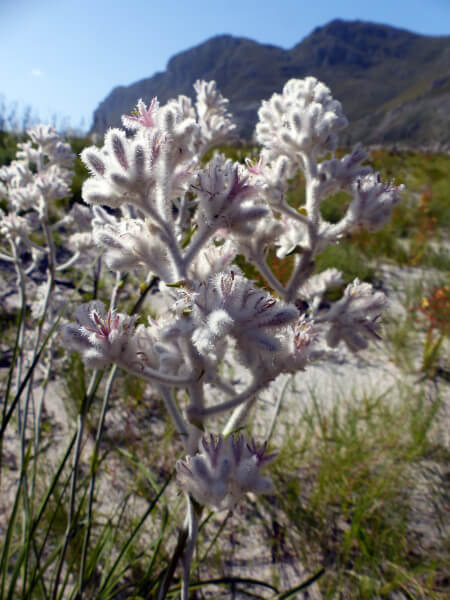 This stunning 18 000ha mountain wilderness has the highest level of protection. It forms part of the Kogelberg Biosphere Reserve, founded in 1999 and one of the world’s first biosphere reserves. More than 1 800 species of plants are found here in the reserve’s Kogelberg sandstone fynbos. Shy Cape leopards roam these mountains, black eagles soar and Cape clawless otters are found in the rivers and streams. 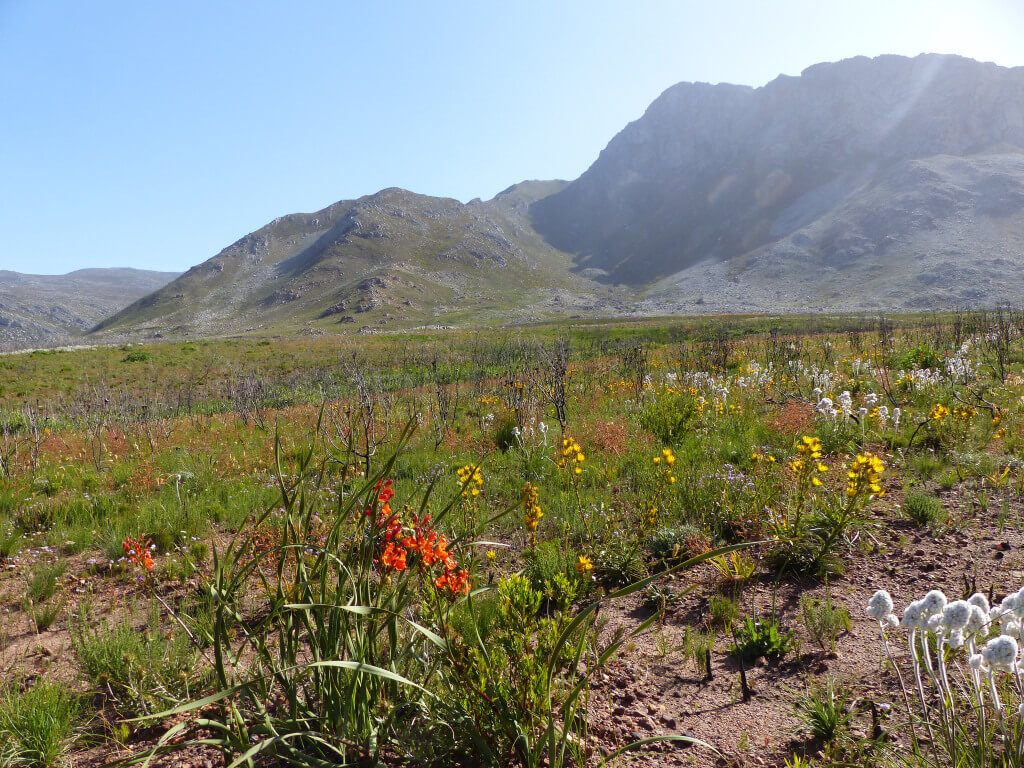 Above: A variety of beautiful post-fire blooms seen in the Kogelberg sandstone fynbos along the Palmiet River Trail in Kogelberg Nature Reserve.

But yet just a 1.5-hour drive from Cape Town, this spectacular mountain reserve is surprisingly accessible to visitors. More energetic hikers enjoy the longer Perdeberg and Kogelberg trails but the Kogelberg Nature Reserve also offers a far more gentle but no less rewarding option of the Palmiet River Trail. This gently undulating trail starts at the reserve office at Oudebosch and follows the river bank for 7km along the valley floor, offering spectacular mountain views, summer swimming spots aplenty and a wonderful opportunity to get up close and personal with the Kogelberg’s extraordinary sandstone fynbos flora. 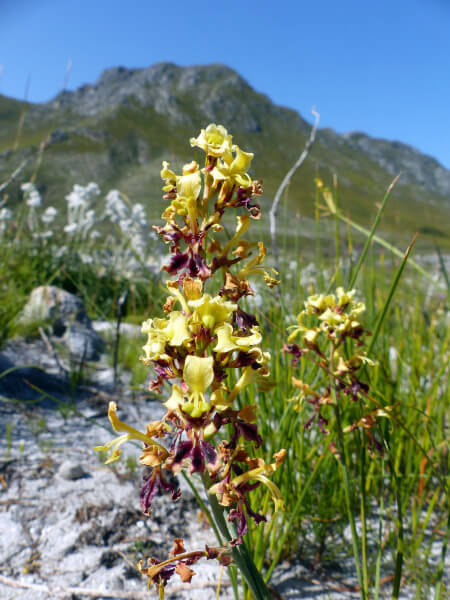 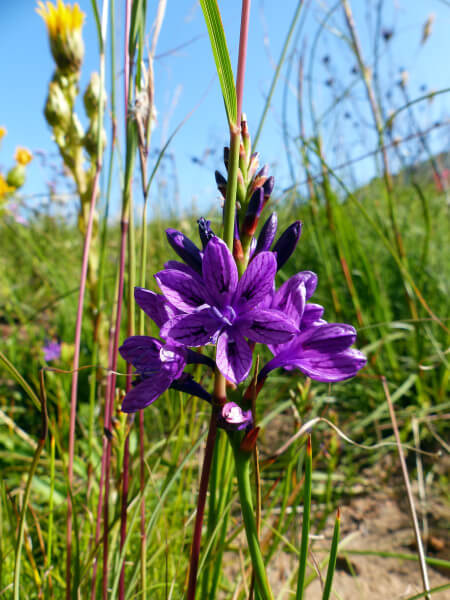 In January 2019 the fynbos along the Palmiet River Trail burnt during the Betty’s Bay fire. Fynbos vegetation is both fire prone and fire dependent, making it a challenging neighbour to live alongside when it inevitably goes up in flames. But over the last year since this fire that proved devastating for many in these coastal communities, residents from Pringle Bay, Betty’s Bay, Kleinmond and beyond have watched as an extraordinary array of post-fire flowers have grown from the ashes, and Kogelberg Nature Reserve has been no exception. 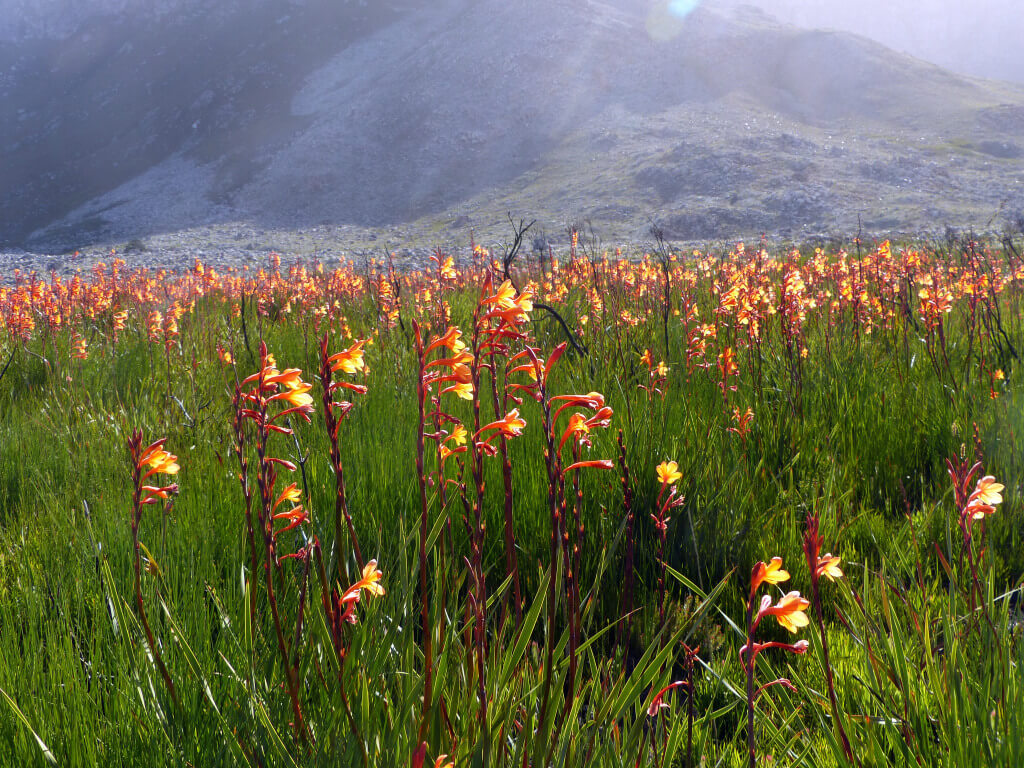 Above: Watsonia in bloom against the evening light in Kogelberg Nature Reserve.

While wandering along the trail, camera and field guide in hand, marvelling at the treasure trove of wildflowers you encounter in this extraordinary fynbos slows your progress and means you spend much time on your hands and knees admiring these beauties up close. The downy white inflorescences of Lanaria lanata, also known as the kapokblom in Afrikaans, can be seen all along the trail from November to January, looking like fluffy lambs’ tails emerging from narrow serrated leaves with small honey-scented mauve flowers. Their flowering is strongly fire-driven. 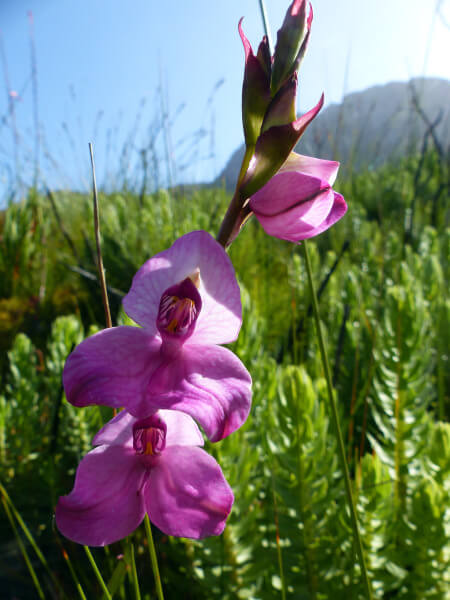 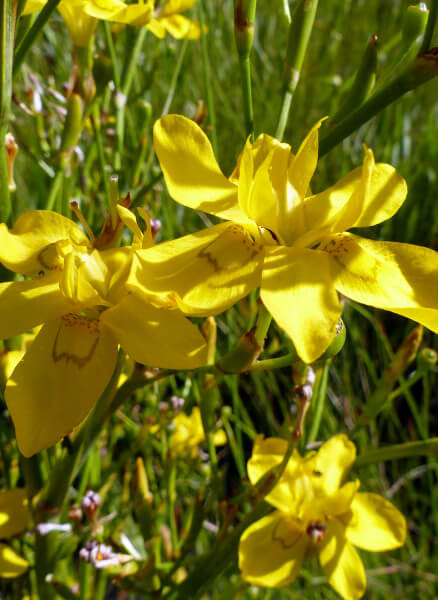 In the wetter areas early summer brought blooms from several relatively common but no less beautiful orchids, such as Disa racemosa with its spectacular pink flowers that arrive in fynbos throughout the Cape floristic region after fire. Along streams the cheerful yellow blooms of Moraea ramosissima could also be seen. The delicately veined purple blooms of the bulb Therianthus bracteolatus, also known as common summerpipes, added to the fireworks of colour in the post-fire fynbos. 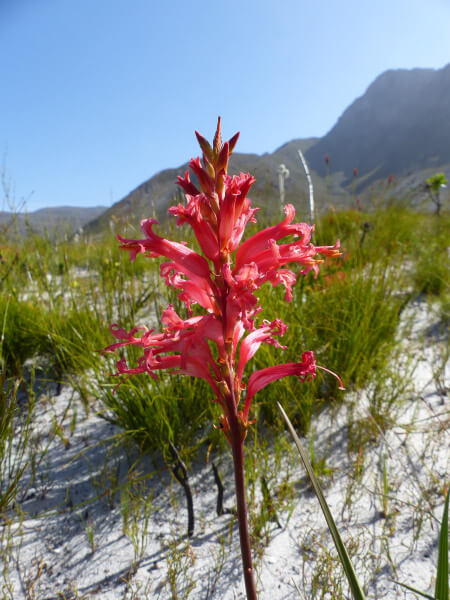 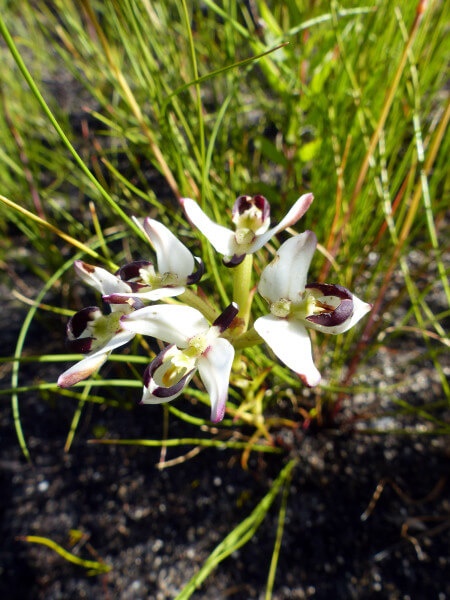 So why not head along and see this stunning mountain nature reserve for yourself? You’ll reach the Kogelberg Nature Reserve, run by CapeNature, along a 6km well-maintained dirt road, then buy hiking permits (that you should carry with you) at the reserve office at Oudebosch. 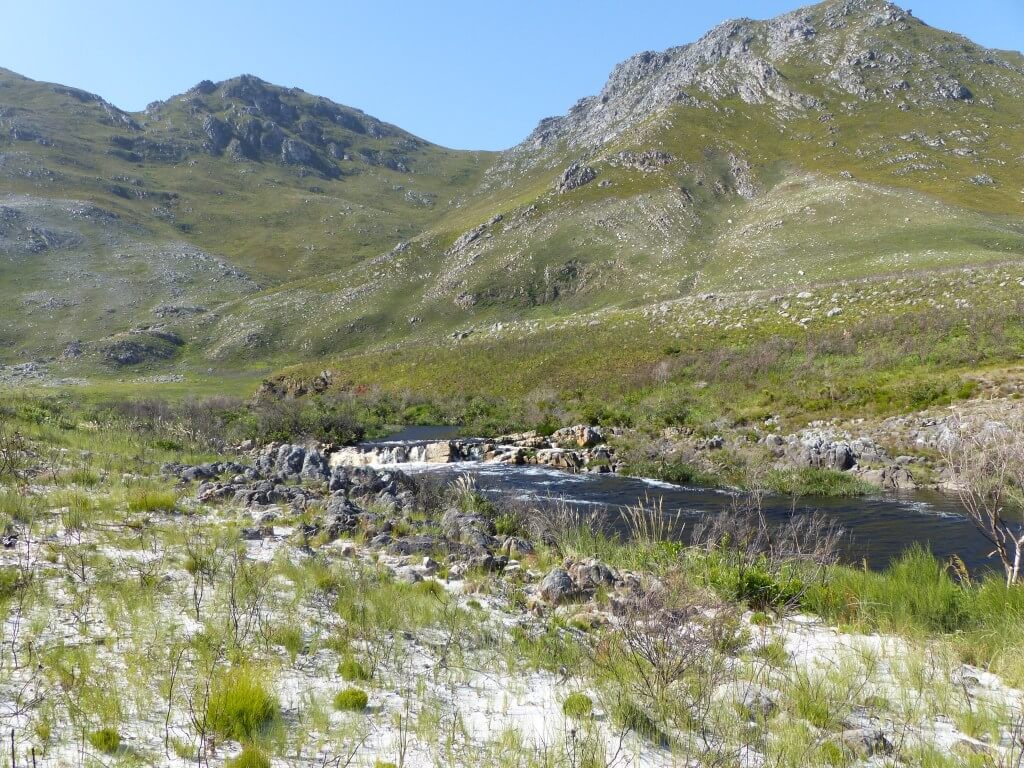 Above: The Palmiet River offers some beautiful swimming spots during the summer months, but care is strongly advised. Please avoid swimming when the river is flowing strongly (such as in the above photo) as currents can be dangerous.

You’ll also pay a conservation fee of R50 for adults and R30 for children. Opening hours are between 7h30 to 16h00. You’ll need to bring cash for any permit payments required. It is important to keep your permit on you at all times. Remember always to hike well prepared, bringing along sufficient drinking water, snacks, sunhat and sunblock as well as warm clothes as the weather can change quickly in the mountains. 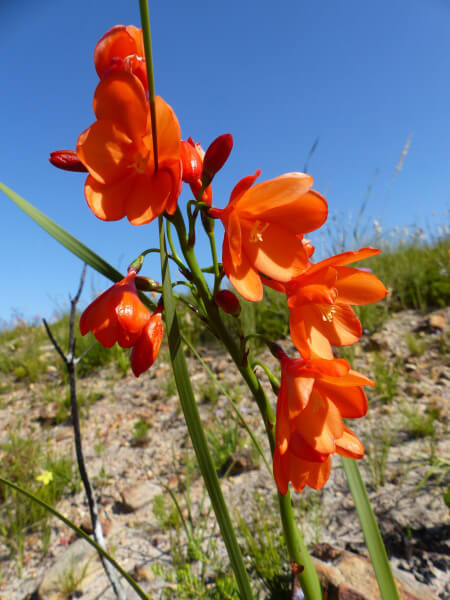 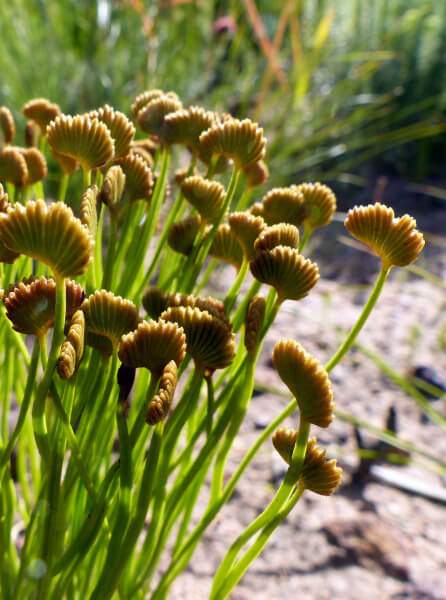 You’ll also find the Harold Porter National Botanical Garden in the Kogelberg Biosphere Reserve, a stone’s throw away from the Kogelberg Nature Reserve. This garden showcases unique fynbos flora from the surrounding area and beyond, one of the Cape floristic region’s most biodiverse areas. As a BotSoc member, you have free access to this garden, for a stroll into the surrounding fynbos and forested kloofs, leading to the beautiful waterfalls of Disa Kloof and Leopard Kloof. 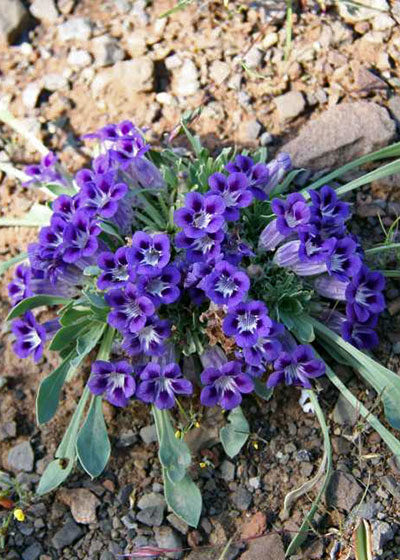 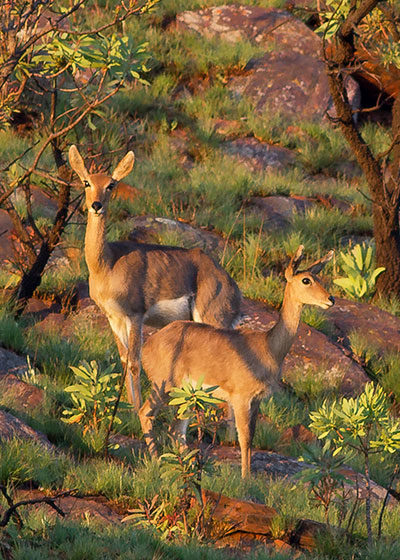 Resident Mammals of Walter Sisulu National Botanical Garden
Our largest mammals are the graceful Mountain Reedbuck, and the Garden Nature Reserve conserves an important natural population of this endangered species.
1 2 … 14 Next