Our mammals have become our least seen animals in the Walter Sisulu garden as they tend to shy away from people. There are some which are not resident, and have simply been passing through, like the Vervet Monkeys and Chacma Baboons. One of the reasons for our ‘bin free garden’ policy is that some of these mammals become habituated to the easy pickings from rubbish bins and can become a nuisance, putting both animals and humans in danger. 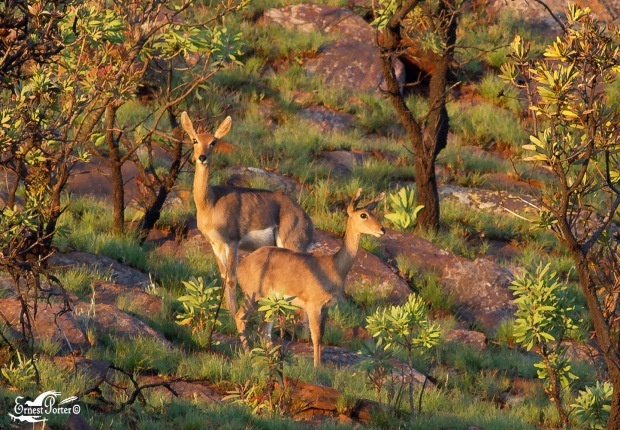 Our largest mammals are the graceful Mountain Reedbuck, and the Garden Nature Reserve conserves an important natural population of this endangered species. Rams have distinctive forward pointing horns and both sexes have white tails which are fluffed up when they are spooked. They are grazers feeding on grass and though shy and nocturnal, they may be occasionally seen in the early morning. These antelope breed in the Walter Sisulu Garden and the ewes give birth to their lambs in isolation. The lamb hides itself and the female visits the lamb only once or twice a day to suckle and clean it. Once the female leaves, the lamb moves to a different hiding place. This ‘hiding game’ can continue for two to three months after which the lamb can keep up with the herd and will move with the mother to graze. 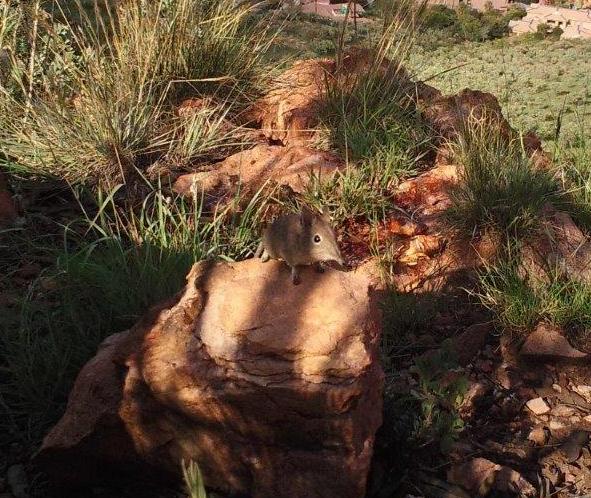 The smallest mammals in the garden are the Cape Serotine Bat and Rusty Pipistrelle Bat. They only weigh a few grams but are some of our best pest control secret agents. There is a Cape serotine roost of which we are aware, in the thatch of the main entrance building. These little creatures are highly intelligent and remain loyal to their roosts. They will fly home even hundreds of kilometres away if removed. Bats can electively go into torpor where their body temperature reduces and metabolism slows down when the temperature drops and insect numbers are reduced. The origin of the name ‘bat’ is derived from Old Norse ‘leorblaka’ meaning ‘leather flapper’. 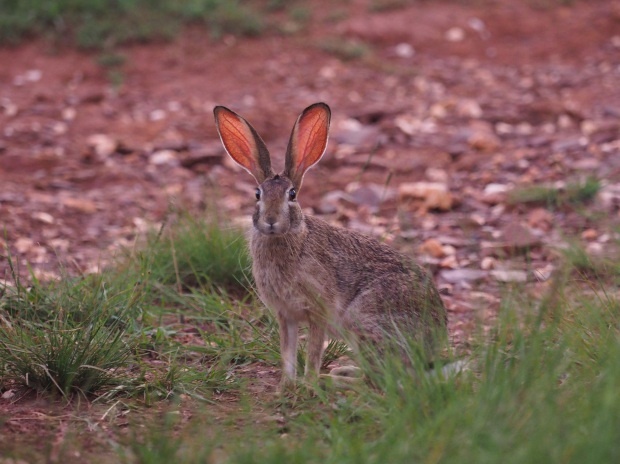 The Honey Badger is one of our newest records, thanks to camera traps placed by volunteers on the ridge. These animals have a reputation for tenacity and intelligence. Despite their name, they feed on mostly invertebrates, reptiles, small mammals and have been known to scavenge on predator kills. They are capable of protecting themselves very well with their lithe bodies, powerful bite and the production of a foul-smelling odour if threatened. The most charming of all our little ‘furries’ is the Rock Elephant Shrew, also known as the Sengi. Hikers may sometimes catch a glimpse of what looks like a furry brownish tennis ball bouncing away through the rocks. Baby Elephant Shrews are literally born running and fully furred, keeping up with mum on the patrols of their territorial pathways. 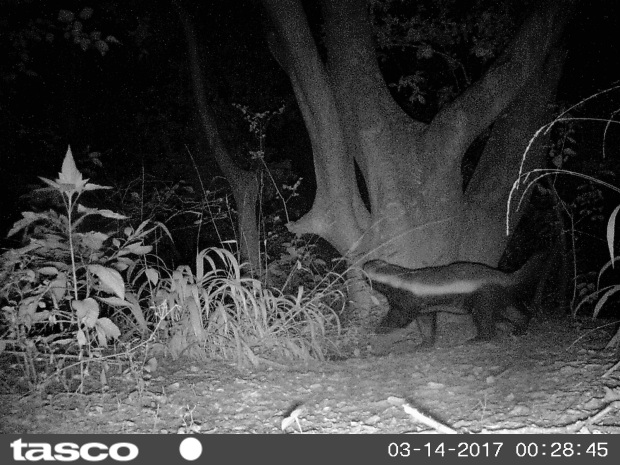 The Scrub Hare and the Jameson’s Rock Rabbit are seldom seen but both are abundant in the garden and surrounding ridge. They are important prey animals for predators such as Black-Backed Jackal, Caracal and our Iconic Black Eagles. It is likely that the eagle pair catches well over a hundred scrub hares in most years. Poachers using snares to catch hares in the nature reserve portion of the garden compete directly with the eagles, but poaching has recently been largely eradicated by the efforts of the WSNBG field rangers and volunteers. Visitors and staff also report feral domestic rabbits and domestic cats which are now seen more regularly near our offices and venues. This is unfortunately a side effect of the encroachment of the suburbs on the botanical gardens. It is an issue which is monitored and managed on a humane basis. Sterilisation of domestic pets is crucial to curbing this problem.