Reporting Back on the 2019 National AGM

On 12 February the Botanical Society held its national Annual General Meeting at Kirstenbosch National Botanical Gardens with the meeting attended by more than 250 members. The AGM was held early to elect a new council following on from the Interim Council elected on 17 August 2018. The financial statements from 2016, 2017 and 2018 were approved as well as the appointment of Ms. Annelie Lucas as auditor.

The Chairperson’s Report was first presented by Marinda Nel, who opened by noting that “Achievements are a collaborative effort,”. The interim council has achieved a great deal during its time in office and all outgoing interim council members and advisors were thanked for their support, effort and hard work during this intense time for the Society. A list of those acknowledged is presented in the full report to be published in the March Issue of Veld and Flora. Dr Bruce McKenzie has been appointed caretaker of the Society until a new General Manager can be appointed. 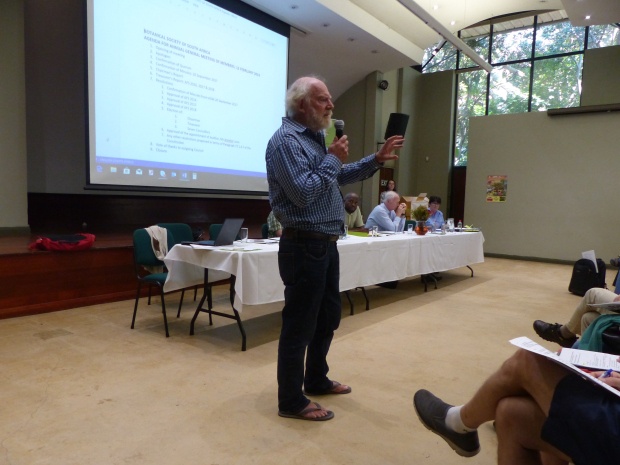 Bruce McKenzie presented a report on BotSoc’s ongoing projects. All of these are undertaken within the Global Strategy for Plant Conservation, for which the Society is an active partner. One of the longest running of these is the CREW Programme (Custodians of Rare and Endangered Wildflowers) for which trained citizen scientists collect data and monitor rare and threatened flora. BotSoc is also active in stewardship, through one staff member based in KZN who through working with the KZN Coastal Branch, CREW and other partners works to identify sites for stewardship, putting agreements in place while working closely with landowners. 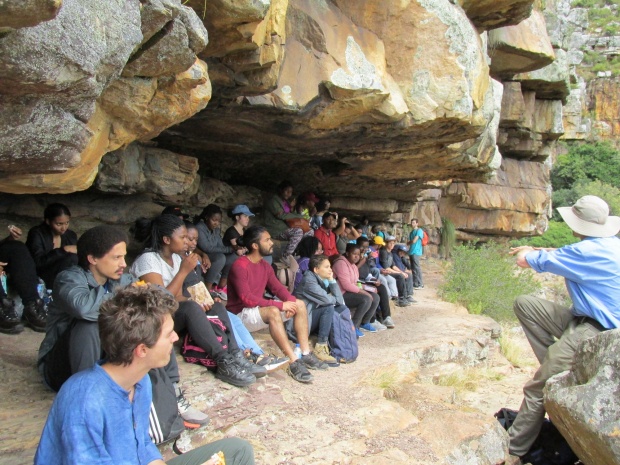 Above: Students supported as part of the BotSoc-CPUT partnership in the field. Photo supplied by CPUT.

the Botanical Society also works in collaboration with the Conservation Department at the Cape Peninsula University of Technology (CPUT) to support under-resourced students to further their studies through funding the practical component of the course and provision of learning resources. BotSoc, in collaboration with the Department of Environmental Affairs and other partners, runs several initiatives to conserve highly threatened Cycads. Various educational resources have been produced as part of this project in line with the National Curriculum. 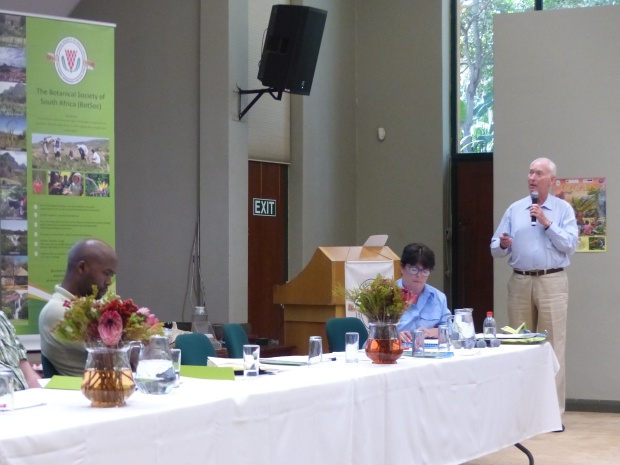 Outgoing Treasurer Brian Christie was thanked for his hard work over the last few months. Brian Christie first provided assurances that no evidence was found to substantiate any suggestions of fraud or financial misappropriation. BotSoc’s non-current assets and reserves are healthy, with R35.3 million in net assets. It was recommended that the incoming council should invest some of this capital into projects and assets that carry forward the Botanical Society’s objectives. Donations received by BotSoc totalled just under R4 million in 2018 and donations made by the society were about R2.3 million. The main recipient of donations has been our partner SANBI. This includes 10% of membership fee income payable to SANBI in terms of the memorandum of understanding between BotSoc and SANBI under which SANBI provides free access to its gardens for members. A large part of donations relate to the CREW programme. 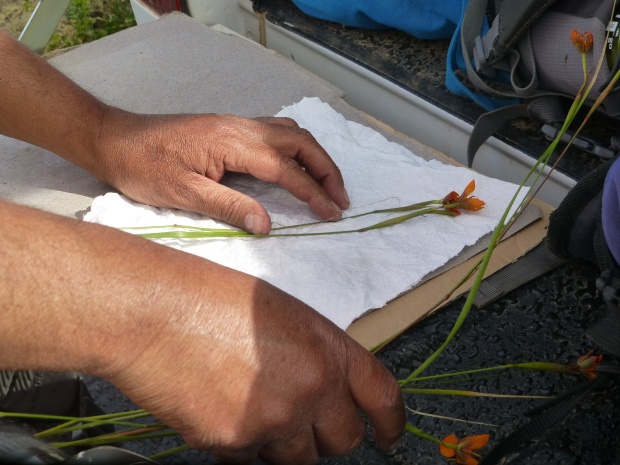 Contracts and job descriptions for all BotSoc staff are being reviewed in consultation with each individual. We congratulate Ms Simone van Rooyen on her promotion to office manager. A standing committee to progress practical and broad-based transformation is a priority. Supported by the planned new membership categories, this will focus on growing membership across all demographics, enhancing BotSoc’s relevance among young botanical enthusiasts and building relationships with other entities with similar or complementary objectives. 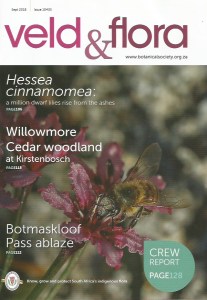 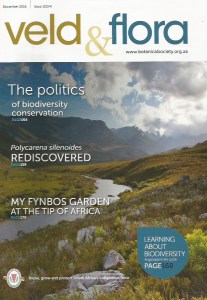 Above: Back issues of Veld & Flora.

BotSoc has significant media assets and brand value. A workshop was held to consider a discussion document prepared by Mr Mike Martin, past CEO of Jacana Publishers, that proposed a cohesive strategy for publications and bookshops. An integrated communication and promotion strategy is urgently needed. The creation of a new BotSoc website is well underway. Veld & Flora has a huge role to play in creating a sense of wonder about the beautiful world that we are lucky to inhabit. We are grateful to Ms Patricia McCracken who has agreed to edit the March and June issues of Veld & Florauntil a more permanent appointment can be made. It is our aim to allow members to choose to receive a hard copy and/or an electronic version. 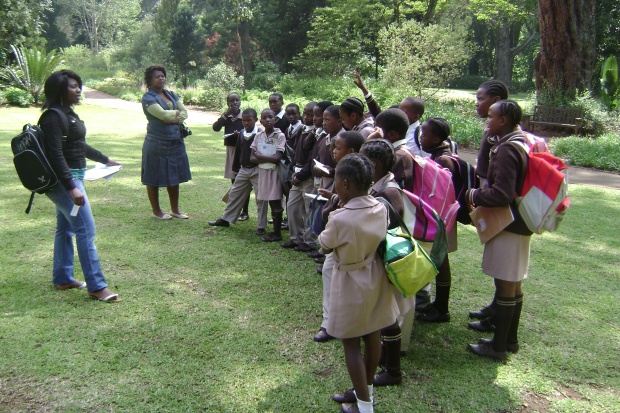 BotSoc was established more than a century ago and we have been joined by many conservation organisations in responding to risks and threats to our environment. BotSoc aspires to be an umbrella platform for all agencies that support our mission. We are already recognised internationally as the custodian of our exceptionally rich botanical heritage. This platform will be a place where such people or agencies will find authoritative direction – a place where we all find a role to play.