Above: The plots that the Algoa BotSoc branch are protecting may be close to suburbs, but they’re still teeming with life, including beautiful Erica species. Photo by Abdul-Lateef Ismail

In the heart of the Nelson Mandela Bay Metro, there are some hidden treasures for nature lovers… But without protection, they could be disappearing fast due to urban expansion.

Enter the Algoa BotSoc branch – custodians of the valuable plants and animals populating these patches with their “Adopt-A-Plot” initiative.

Three plots of indigenous vegetation in the Gqeberha suburbs have been “adopted” by the Algoa branch. Through alien clearing and biodiversity monitoring, the branch can look after these plots of Algoa Sandstone Fynbos – an endangered vegetation type that is restricted to the Nelson Mandela Bay region. 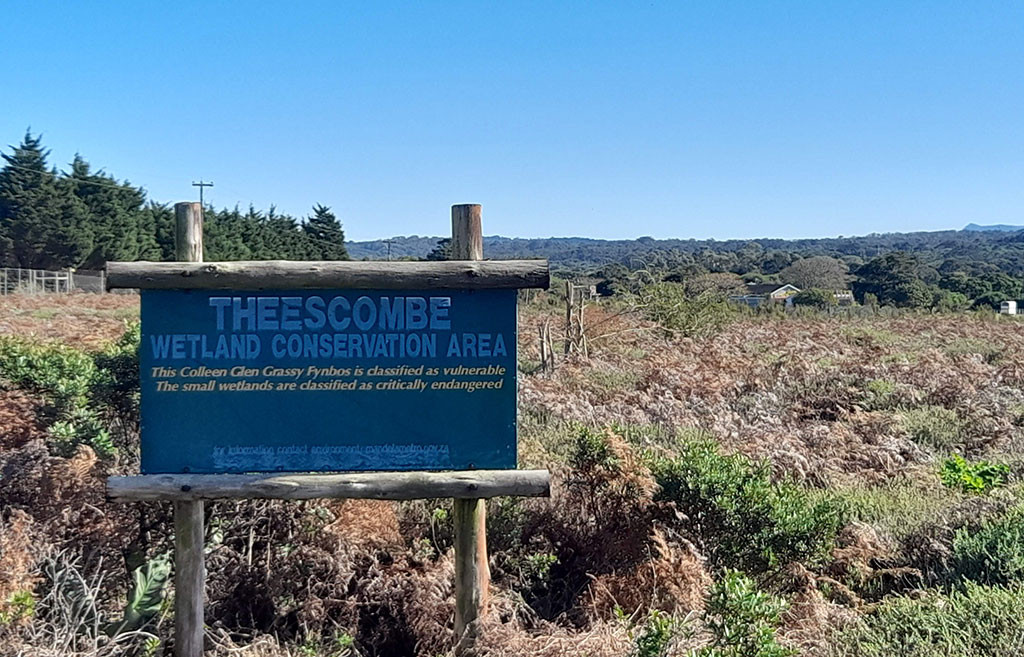 Above: The Theescombe plot is covered in Colleen Glen Grassy Fynbos, which is classified as vulnerable, as well as critically endangered wetlands. Photo by Abdul-Lateef Ismail

The Algoa branch was founded in 2002, became inactive around 2012, and only in 2019 experienced a revival. Thanks to the previous chair, Professor Eileen Campbell, new interest in BotSoc emerged, along with a drive to incorporate younger members into the branch, giving them a new lease on life.

Abdul-Lateef Ismail from the Algoa branch says, “The Adopt-A-Plot initiative played a big role in the revival. The three plots did not see much management between the founding of the initiative and 2020-2021. But with the conservation of the threatened Algoa Sandstone Fynbos being a key focus area of the branch, returning to these plots became a priority.” 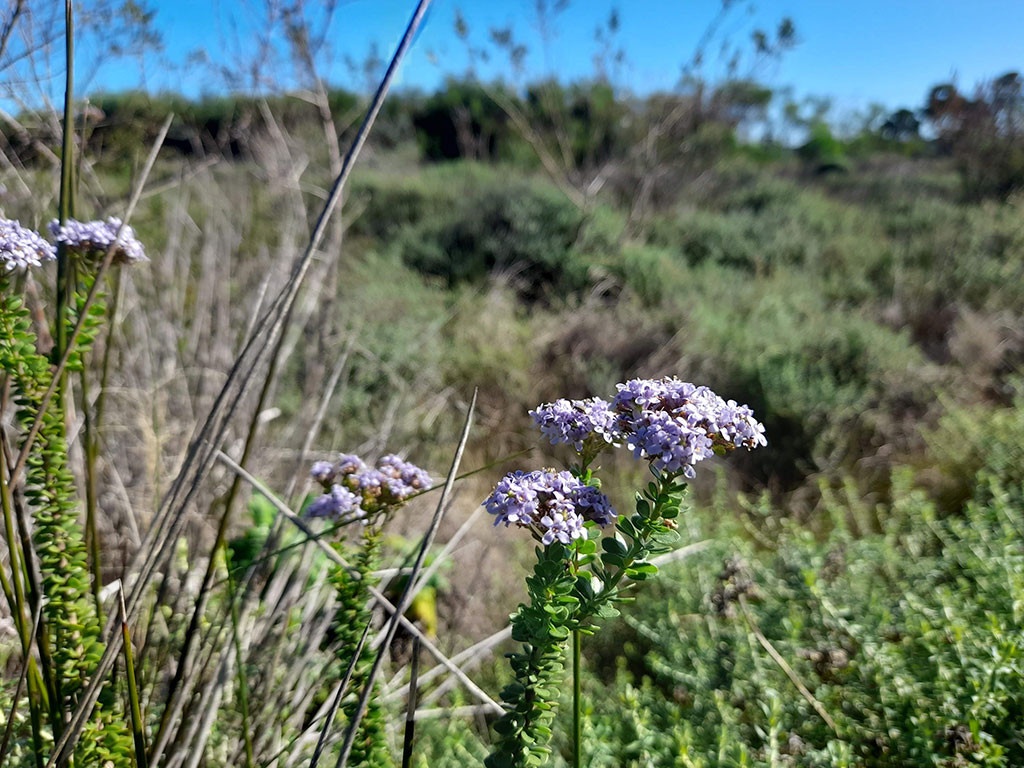 Above: The Selago rotundifolia is listed as vulnerable. You’ll find these hidden in the Theescombe plot. Photo by Abdul-Lateef Ismail

How does this initiative work?

During our June BotSoc webinar, Abdul presented on the Adopt-a-Plot initiative, run in conjunction with the national BotSoc team. He says the end goal is to eradicate all invasive species in the plots, catalogue the plant species occurring in these patches and involve local community members so that they interact in conservation activities.

By protecting and maintaining the original indigenous flora in these plots, the Algoa branch is also working in line with the UN’s Decade on Ecological Restoration, which runs from 2021 to 2030. This is the decade whereby globally we must halt the degradation of ecosystems, and restore them, since healthy ecosystems are central to enhancing people’s livelihoods, counteracting climate change and stopping the collapse of biodiversity.

In South Africa – the third most biodiverse country in the world – the conservation work done by BotSoc on both a national and branch level contributes to the revival of ecosystems across the country. 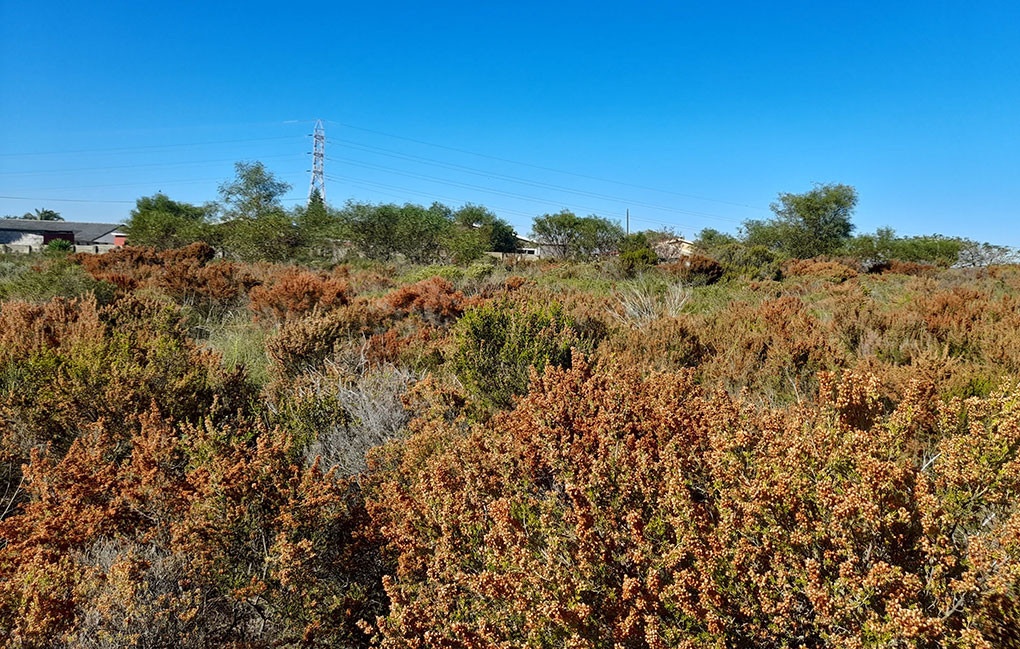 Above: For Abdul, it’s vital to get community members to simply show up and appreciate the vegetation. Even though it’s surrounded by houses and other infrastructure, it’s still beautiful and needs to be protected. Photo by Abdul-Lateef Ismail

Get to know the plots:

Abdul says: “The three Adopt-a-plot sites are small, municipally owned plots of indigenous fynbos situated in the midst of suburbia. The ‘Adopt’ refers firstly to identifying patches of land with mostly undisturbed fynbos. With these identified, biodiversity monitoring, alien clearing and cleaning is the next step. Essentially, the branch acts as some type of custodian for the plots.”

Currently, there are three plots involved in this project:

– Threatened by Long-leaf and Port Jackson Wattle, but has seen large-scale improvement over the past 1,5 years

– One of the last remnants of Walmer Grassy Fynbos
– Minimal alien presence in this area, but with growing Port Jackson and Blue Gum populations, as well as garden escapees. 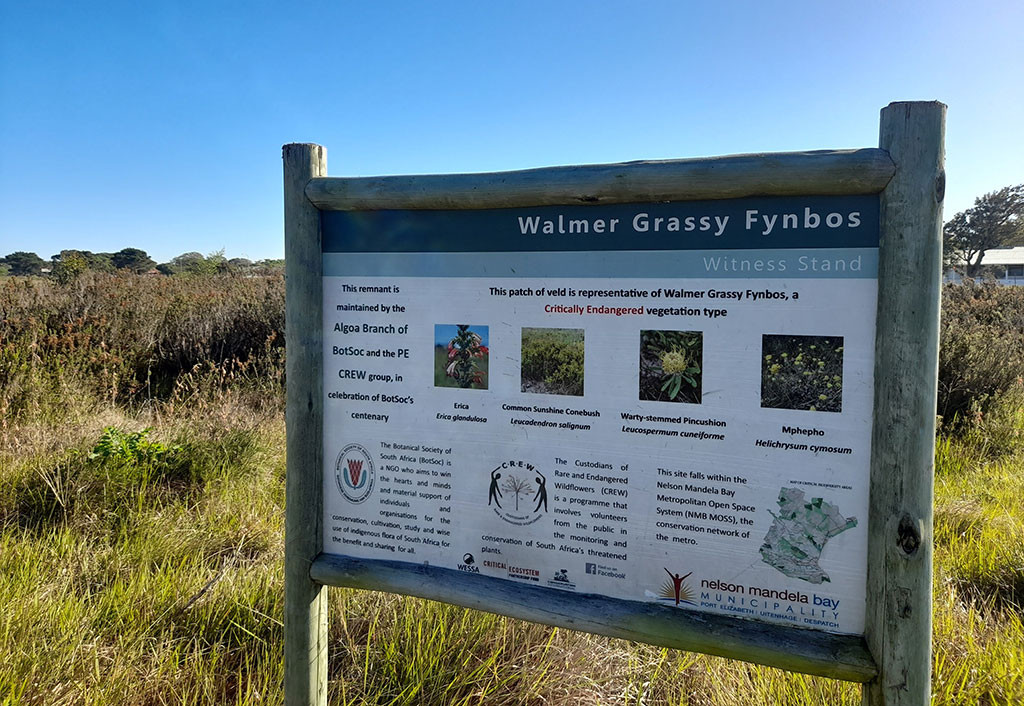 Above: The Algoa BotSoc branch hopes that signage such as this will help to raise awareness among the people who live there of the incredible but threatened habitat that they have on their doorstep. Photo by Abdul-Lateef Ismail

But protection and restoration doesn’t stop there.

Ultimately the branch would like to expand the initiative northwards and eastwards to other vegetation types like thicket. The project also requires management, so conducting controlled burns safely will be a key aspect of ensuring its success.

Currently, adding a fourth plot is an immediate priority for the Algoa team. A scouting visit with BotSoc and CREW (Custodians of Rare and Endangered Wildflowers) members soon will help to establish a new plot at Van Der Kemps Kloof.

Abdul says, “Establishing a site here is important. It represents a good opportunity to interact with the surrounding community more. But it also represents an opportunity to establish a plot outside of fynbos, as the site is mapped in the Albany Thicket domain – which is municipally described as Bethelsdorp Bontveld with a lot of Valley and Arid Thicket elements. It will also allow us to establish a plot outside of the southern suburbs, which historically has a high GDP per capita, since the potential new location is in an area which was previously disadvantaged.” 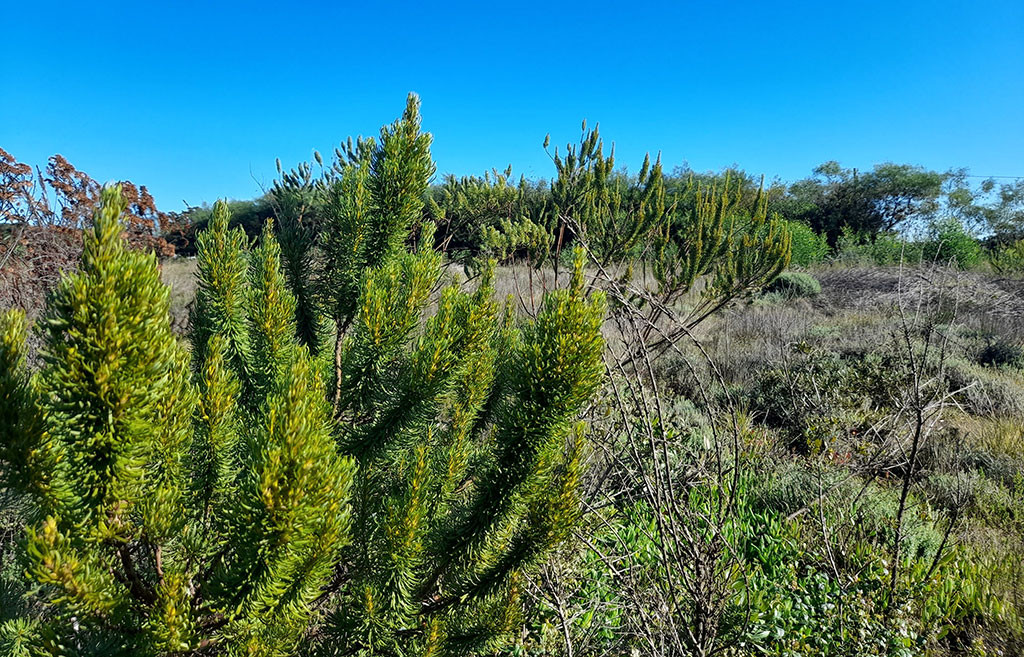 Above: This green and yellow bush is the critically endangered Cyclopia pubescens, found on the Theescombe plot. Photo by Abdul-Lateef Ismail

Involving the nearby community is also of critical importance for the success of the project and for the impact of the branch as a whole. Cultivating this involvement is an ongoing process, says Abdul.

“For two of the hacks, a couple of members from the surrounding suburbs joined after they saw the advertisement and realised that the hacks were taking place so close to where they live. Otherwise, it is difficult to say how the surrounding communities regard the sites. This is something we want to change for the potential new plot in Van Der Kemps Kloof. This area is far more extensive than just a small patch, and has been used in the past as a walking trail for churches and schools. This represents an ideal opportunity to interact with the community a bit more.”

The Algoa branch organises hacks sporadically throughout the year, which is advertised through Facebook and their email list. Previous hacks have also been done with the Dendrological Society, who have a fairly large following in the city. Bioblitzes are undertaken in April and October, aligning with the City Nature Challenge and Great Southern Bioblitz, respectively.

But even simply showing up and appreciating the vegetation is already a big help, says Abdul. “The easiest way to interact with this initiative would probably be to visit one of the sites. Spreading awareness is one of the key goals of the initiative. That’s why just reading the signboard and recognising that this is a piece of indigenous and interesting ecosystem could probably be regarded as the initiative doing its job!”

Paintbrushes of the Veld: Spotlight on Haemanthus
Known for its bizarre paintbrush-like flowers, the genus Haemanthus is one of the most famous of the Amaryllidaceae family. When autumn comes to the veld and little else is in flower 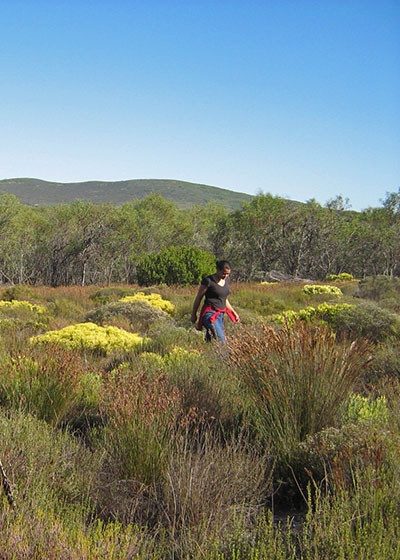