Paintbrushes of the Veld: Spotlight on Haemanthus

Article and photos by Zoë Poulsen

Known for its bizarre paintbrush-like flowers, the genus Haemanthus is one of the most famous of the Amaryllidaceae family. When autumn comes to the veld and little else is in flower, these strange blooms emerge from the dry earth where they have been lying dormant over the summer months. The genus is endemic to Southern Africa and found only in Namibia, South Africa, Lesotho and Swaziland with the main centres of diversity being central and southern Namaqualand and the Knersvlakte around Vanrhynsdorp. Some species are widespread and occur across a wide variety of different habitats whereas others are specialists adapted to a specific habitat niche. Some Haemanthus from winter rainfall areas flower in profusion after fire has cleared overstorey vegetation. Most members of the genus grow in colonies, a phenomenon perpetuated by the peduncles leaning towards the ground under the weight of the seeds as they ripen leading to germination around the parent plant. 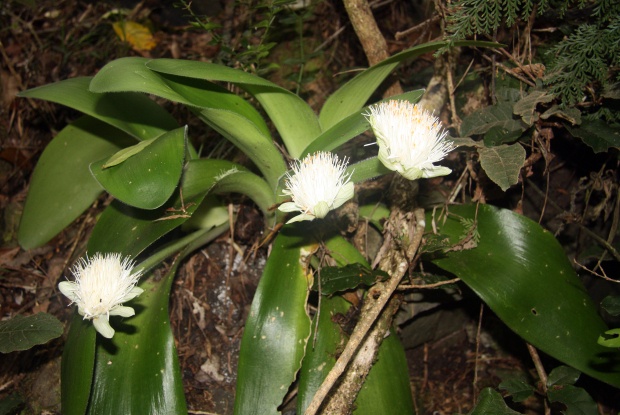 Haemanthus albiflos is one of only three evergreen species of Haemanthus. It was first described and illustrated by N.J. Jacquin in 1797 from material collected from the Cape. This species is distributed from Stilbaai eastwards to northern KwaZulu Natal where it grows in coastal and riverine forest, thornveld and valley bushveld in light to deep shade. Flowering takes place from May to October. 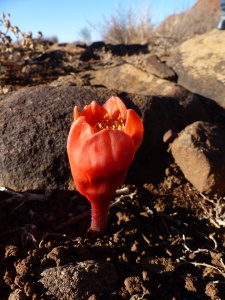 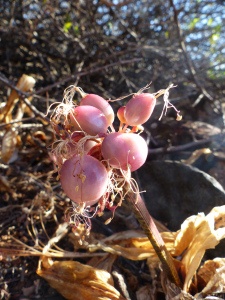 Top & Above: Haemanthus coccineus in flower and fruit on the Bokkeveld Escarpment.

Haemanthus coccineus is the most widely distributed members of the species. It is found from southern Namibia southwards to the Cape Peninsula, eastwards to the southern Eastern Cape and inland to Sutherland and Ladismith. This species is found in habitat as varied as its distribution, growing on soils derived from sandstone, granite, quartzite, shale and limestone. Haemanthus coccineus is often found in rocky habitats where it commonly grows in the shade of boulders. In contrast it is also found growing on coastal dunes. Flowering occurs from February to April. 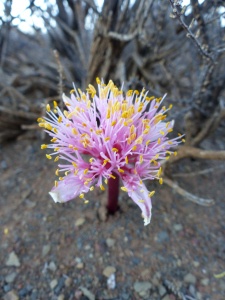 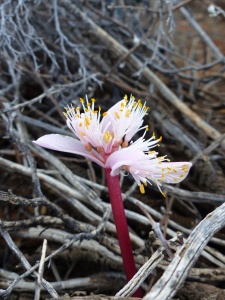 My first encounter with the intense pink inflorescences of Haemanthus barkerae was a lonely flowerhead lying on the ground after having likely been removed by foraging baboons. This species is endemic to South Africa’s Northern Cape, distributed from Louriesfontein to the Hantamsberg and northern Tanqua Karoo where it grows on heavy clay soil. Haemanthus barkerae was only recently described, previously being thought to be part of Haemanthus pumilio until it was revised by Dee Snijman in 1984. Flowering takes place from March to April. 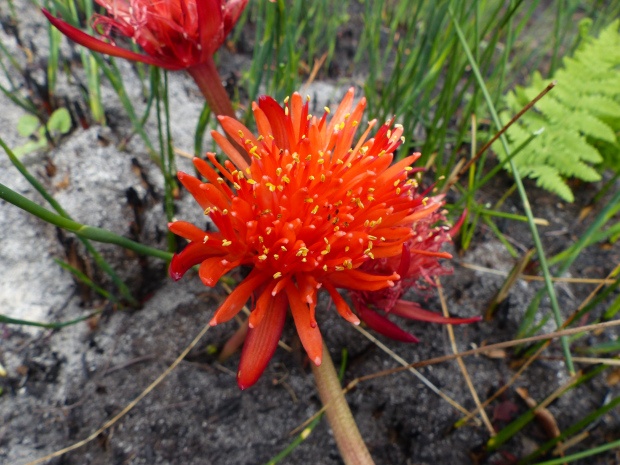 Above: Haemanthus canaliculatus flowering after fire in Hangklip Sand Fynbos.

Haemanthus canaliculatus is another range restricted member of the genus, known only from the Overstrand coast between Rooiels and Betty’s Bay. It was first collected in Betty’s Bay by a Mrs. M Brunt in 1943, but not described until 1966 by botanist Margaret Levyns in the Journal of South African Botany. The species epithet of Haemanthus canaliculatus refers to the deeply channelled leaves that typify this species. It is a wetland specialist, growing in peat in Hangklip Sand Fynbos. It flowers in profusion after fire, growing in dense colonies. Haemanthus canaliculatus is Endangered on the Red List of South African Plants as a result of housing development reducing the number of populations. 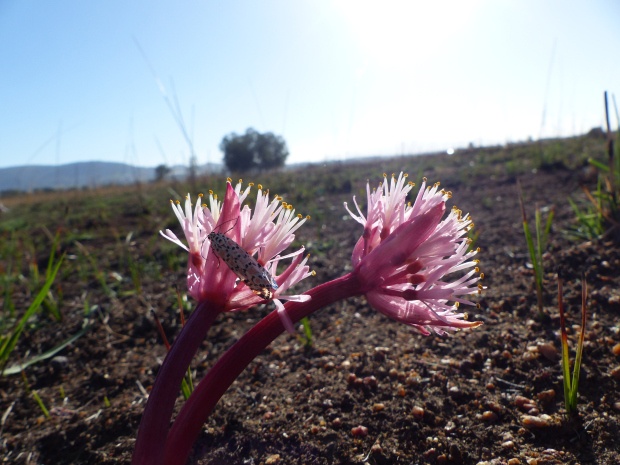 Last but not least is the diminutive Haemanthus pumilio, its species epithet meaning ‘dwarf’ in reference to its low growing habit. This species was first described in 1797 by N.J Jacquin having been introduced to RBG Kew by Francis Masson who collected it at an unrecorded locality at the Cape. Haemanthus pumilio is endemic to the lowlands around Stellenbosch and Paarl where it grows on gravelly clay flats in renosterveld vegetation. Much of its habitat has been lost as a result of urbanisation and transformation for agriculture and it is now only known from a handful of sites. Flowering takes place from March to April and the seeds are thought to be water dispersed. Haemanthus pumilio is listed as Endangered on the Red List of South African Plants.