Out of the dust: A mass flowering of Brunsvigia bosmaniae

The small Namaqualand town of Nieuwoudtville lies on the Bokkeveld Escarpment, just north of the border between the Western and Northern Cape. It is reached via the Vanrhys Pass, named after Petrus Benjamin Van Rhyn who was a clergyman and member of parliament in the old mission settlement of Troe Troe. The pass winds its way up from the quartz gravel plains of the Knersvlakte to the high altitude renosterveld and fynbos of the escarpment, home to many rare endemic plant species. 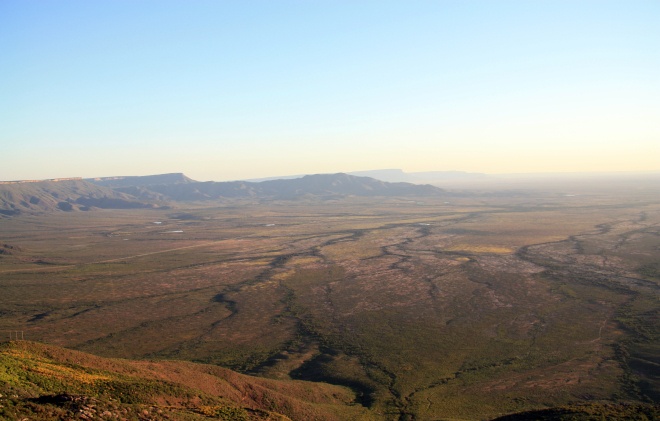 It is not without reason that Nieuwoudtville is known as the ‘Bulb Capital of the World’. In spring the veld comes into bloom in a plethora of colour, drawing visitors from all over South Africa and beyond to see the spectacular displays. Here BotSoc partner the South African National Biodiversity Institute (SANBI) manages Hantam, one of the country’s newest National Botanical Gardens (NBG). Hantam NBG is more than 6000 Hectares in size and conserves habitat of Nieuwoudtville Shale Renosterveld, Nieuwoudtville-Roggeveld Dolerite Renosterveld and Hantam Succulent Karoo. Visitors to the garden have a choice of nine different walking trails to explore the garden, of differing lengths to suit all levels of fitness. 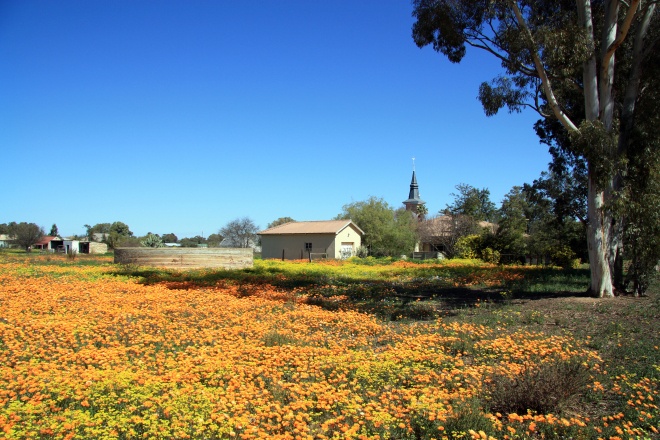 The last couple of years has seen South Africa experience the worst drought in living memory. Water has become a commodity all too precious and the winter rain that brings the veld into bloom in spring did not come. The veld remained dry and the bulbs remained dormant,  with the drought impacting on livelihoods in farming, tourism and on wildlife. 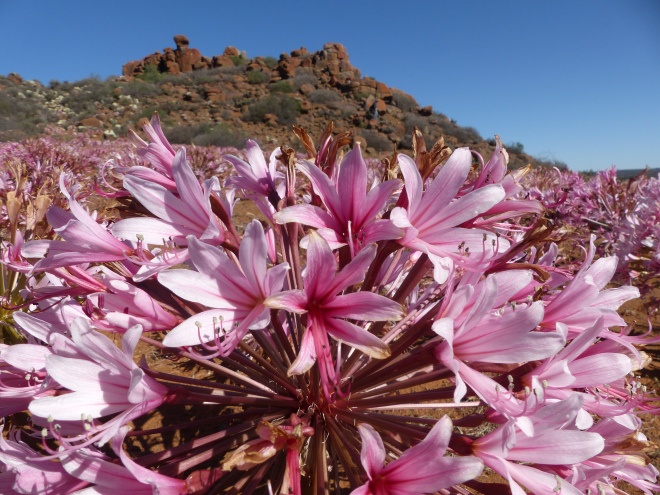 However, as the hot and desperately dry summer ended, autumn arrived at the Cape. And this autumn the rain came. Ephemeral streams long dry started to flow and green returned to the veld. The rain triggered the coming of an extraordinary phenomenon, last seen in Nieuwoudtville four years ago. On municipal land managed by Hantam NBG and the adjacent WWF Wildflower Reserve, the previously dry ground began to crack, and flower buds began to emerge. 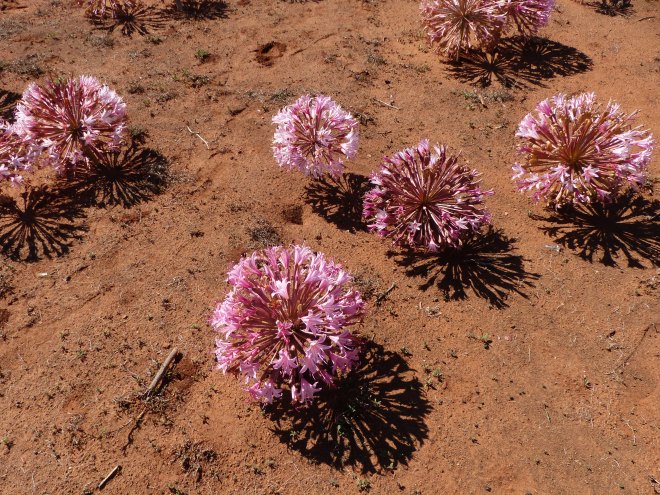 These flowers are the huge autumn flowering geophyte Brunsvigia bosmaniaeor Maartblom, a member of the Amaryllidaceae family. This species is distributed from southwestern Namibia southwards to Tygerberg north of Cape Town and inland to the Roggeveld and southern Tanqua Karoo. It is most common around Nieuwoudtville and Vanrhynsdorp where it occurs in huge and dense colonies. The type material was first collected near Piketberg in 1927 but did not flower in cultivation until 1932. 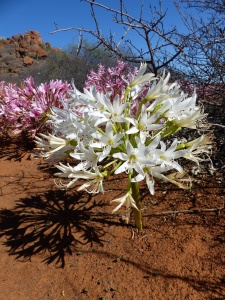 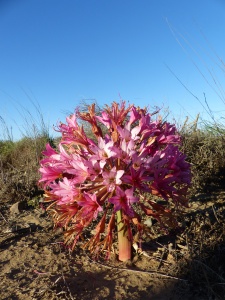 Huge moisture filled bulbs allow this plant to survive long periods of drought. Their flowering is triggered at the end of summer when intense thunderstorms arrive following incursions of tropical air that arrive in Namaqualand from the north. These perfect conditions to trigger flowering do not happen every year: These Brunsvigias often have a long wait to reproduce. 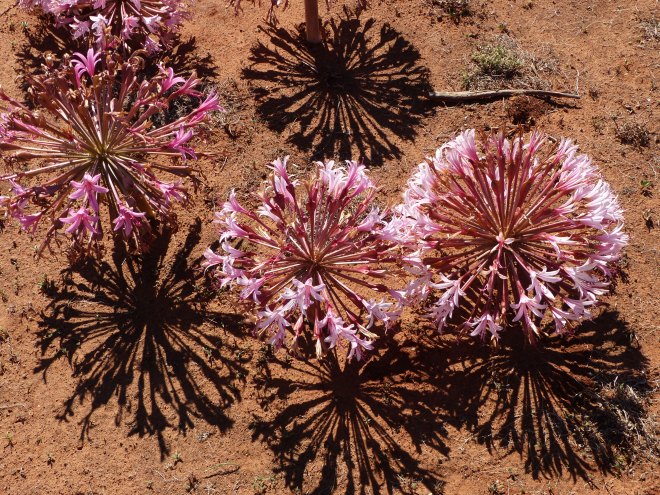 As the days go by and the Brunsvigias come into flower, the veld slowly turns an intense shade of pink. The blooms are the size of footballs. Word spreads and visitors come to Nieuwoudtville from far and wide to see this spectacular floral display. The display is fleeting, lasting around a fortnight. As flowering ends the infruitescences dry out and come adrift from the bulb, allowing the wind to blow them across the landscape, distributing the seeds as they go. Meanwhile, flowering done, the huge leaves start to emerge, and will remain until the bulb goes dormant during the summer months. The Brunsvigia bosmaniae of Nieuwoudtville must now wait, until the next autumn thunderstorms come.