Life on the Edge: Saving the Albertina Sisulu Orchid from Extinction

One in five of the world’s plants are at risk of extinction, according to the State of the World’s Plants report published by experts at London’s Royal Botanic Gardens Kew. We are more than aware of the ongoing threats to our tigers, our rhinos and the other charismatic mammals. But quietly under our feet and in our backyards, often unbeknown to us, many other species are also making their final journey towards extinction, to be known only to future generations from photographs and herbarium specimens. 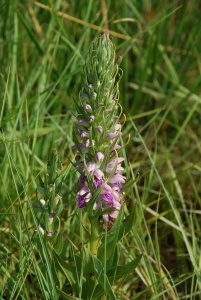 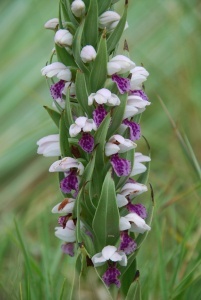 Rainforest giants may come crashing to the ground or go up in smoke, fuelled by the unrelenting demand for making a quick buck from timber or to become monocultures for palm oil. Other species may fall victim to transformation of ecosystems by the scourge of alien invasive plants or quietly disappear underneath another shopping mall, another block of luxury apartments or that perfect house by the sea. 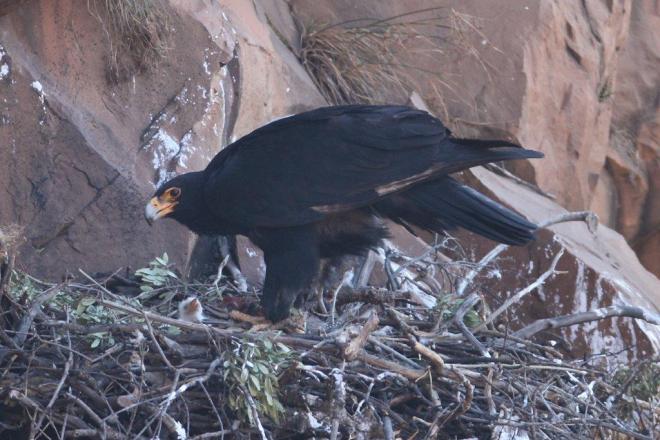 Above: One of the iconic Black (Verraux) Eagles of Roodekraans that also call the Sugarbush Ridges home.

As this habitat loss has happened, scientists and conservationists have risen to the challenge in a desperate battle to come up with increasingly innovative ways to save our biodiversity. Plant species under threat? No worries, we can store it in a seed bank. Habitat under threat? No problem, we can make an offset. Ploughing up critically endangered biodiversity for barley? No problem, we can restore it later…. It is vital that with the plethora of tools now at conservationists’ fingertips we do not become complacent. There is no better alternative in conserving ecosystems and their biodiversity than conserving habitats, making sure they are not destroyed. We cannot keep our species in perpetuity ‘in the zoo’ with no home to return to. 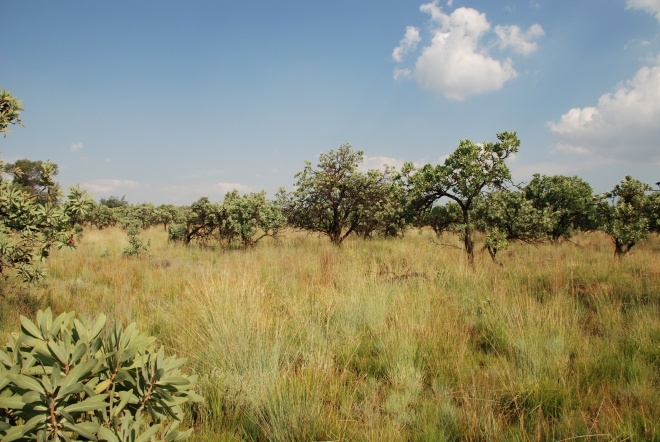 Above: The Critically Endangered habitat of the Albertina Sisulu Orchid at Sugarbush Ridges.

The home of the Albertina Sisulu Orchid is under threat, a home where the iconic Verreaux’s eagles of Roodekraans soar, found adjacent to South Africa’s Walter Sisulu National Botanical Gardens. Plans to make Sugarbush Ridges an urban conservation area are at risk and the City of Mogale Municipality have instead approved plans for high density housing. 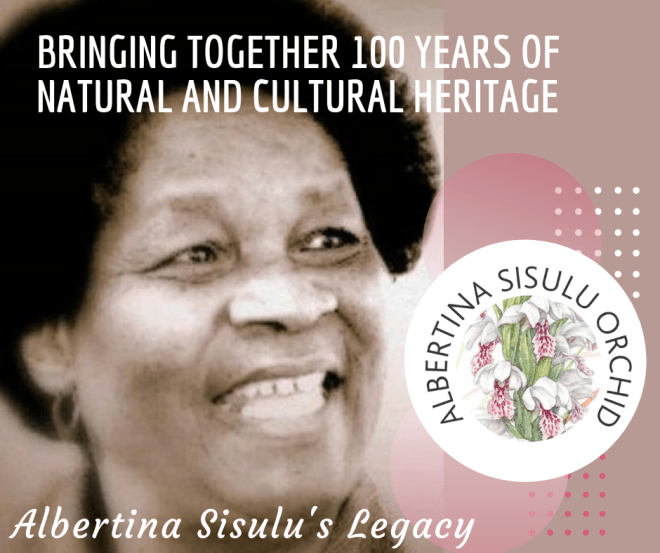 The Albertina Sisulu Orchid (Brachycorithis conica subsp. transvaalensis) was once known from several localities across Gauteng and Mpumalanga. However, urban development has all but wiped out the majority of habitat for this species and it was last seen in 1956. That was until 2007 when a population of c.130 plants was discovered growing above Walter Sisulu NBG, to date the only viable remaining habitat for this species. The Albertina Sisulu Orchid is thus listed as ‘Critically Endangered’ on the Red List of South African Plants. 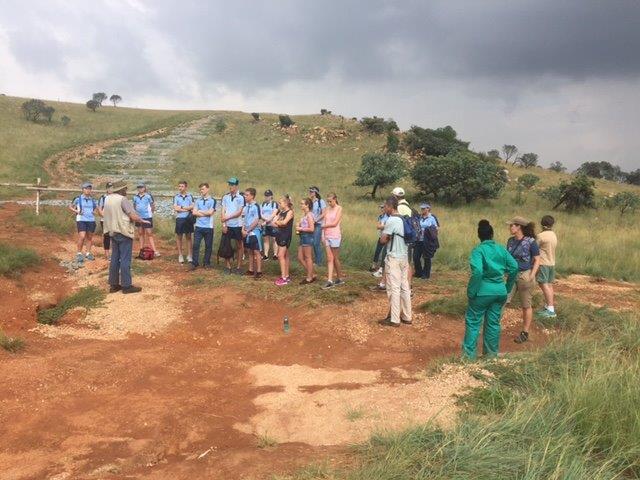 Brachycorithis conica subsp. transvaalensis was named after anti-apartheid activist Albertina Sisulu (also known as Ma Sisulu) in this her centenary year by the South African National Biodiversity Institute. The species was first discovered in 1918, the same year that Albertinia Sisulu was born in South Africa’s Eastern Cape. In 1955 Albertina Sisulu joined the ANC Women’s League and participated in launching the Freedom Charter, the same year that the orchid was named by Kew botanist V.H. Summerheyes. In 1956 Albertina Sisulu marched alongside Helen Joseph and Sophia Williams-De Bruyn with 20,000 other women to the Union Buildings in Pretoria, the same year the orchid was last seen in Gauteng before its rediscovery above Walter Sisulu NBG in 2007. It could not be more fitting that Brachycorithis conica subsp. transvaalensis now be known as the Albertina Sisulu Orchid. 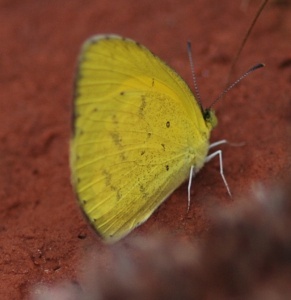 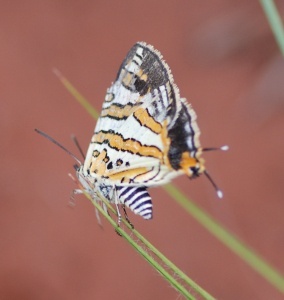 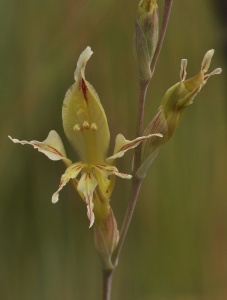 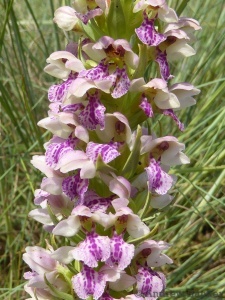 The Sugarbush Ridges Coalition team are working towards a vision of conserving the area and home of the Albertina Sisulu Orchid in perpetuity as an urban conservation area. The case concerning the development proposals is imminently due to be heard in the High Court of Gauteng. The Coalition is fundraising for vital conservation management interventions to help achieve conservation goals. This work includes training rangers, fencing, environmental education and clearance of alien invasive plants in addition to fighting unsustainable developments that threaten the integrity of the site. Without this essential work the Albertinia Sisulu Orchid may be lost forever, with the other species that call this place home also losing one more habitat stronghold. 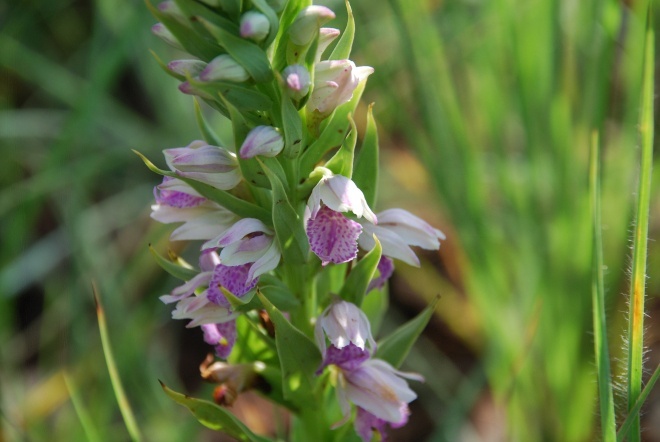 Above: Close up of the exquisite blooms of the Albertina Sisulu Orchid.

Help us save the home of the Albertina Sisulu Orchid by donating to the vital conservation efforts of the Sugarbush Ridges Coalition. More details on how you can help can be found here: https://www.thundafund.com/project/eagles

We thank you for your support.