Amazing Agapanthus: The Flower of Love

Visitors to Kirstenbosch in the last couple of months will not fail to have noticed the spectacular blue and white flowers through the gardens flowering at present. These belong to members of the genus Agapanthus which bring on a stunning summer show for all to see. These gorgeous blue flowers are world renowned and globally cultivated, prized as both a garden plant and cut flower. 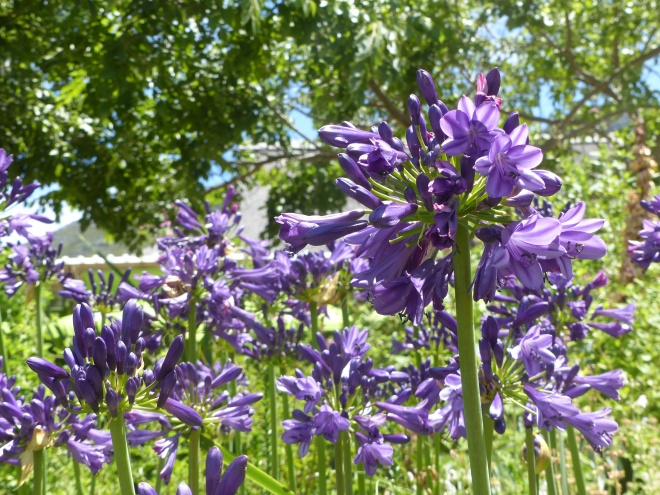 The genus Agapanthus belongs to the family Agapanthaceae. The genus was first described by L’Heretier in 1788. It was initially placed in the Liliaceae family, then moved to Amaryllidaceae. It was then moved to the Alliaceae family alongside the genus Tulbaghia but was later moved back to Amaryllidaceae and then latterly placed in its own family. This is because the compounds responsible for the strong garlic aroma that typifies other members of the Alliaceae family are notably absent from Agapanthus.

The genus name Agapanthus is derived from the Greek words ‘Anthos’ meaning ‘love’ and ‘Anthos’ meaning flower. Members of the genus are also known as the Blue Lily, African Lily or strangely in Europe and America as the Lily of the Nile. In the case of the latter it is likely that this name has its origins in a miscommunication about where the plant material originated from when it was first brought to Europe from South Africa. In Afrikaans they are known as Agapant, in Xhosa they are called isicakathi and in Zulu they are known as ubani. 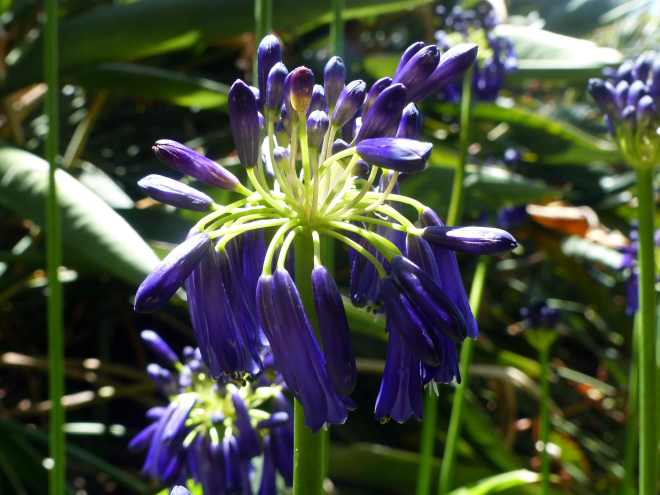 Plants of Agapanthus praecox are often misidentified as Agapanthus africanus. This species is in fact much smaller and far more difficult to cultivate. It grows on rocky sandstone slopes from the Cape Peninsula eastwards to Swellendam in the eastern Overberg from sea level to 1000m asl where they even experience frost and snow from time to time. It is more commonly known as the Cape Agapanthus or Kleinbloulelie in Afrikaans. Flowers are most commonly deep blue but rare white forms are occasionally seen. They are pollinated by wind, bees and sunbirds. In 2003 a new paper was published lumping Agapanthus walshii with Agapanthus africanus leading to them being recognised as two different subspecies. 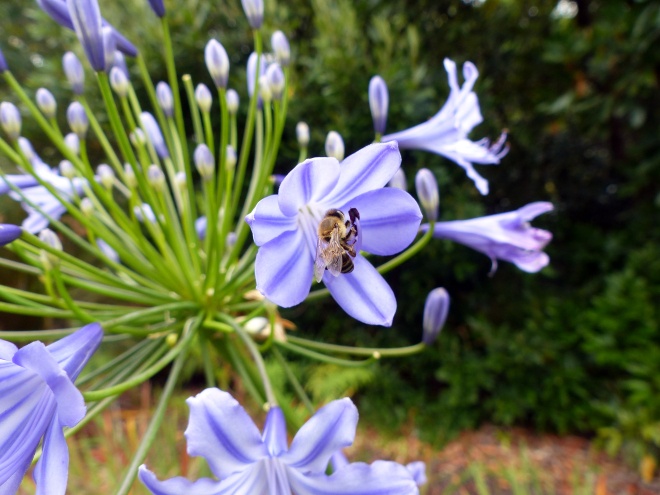 Despite being poisonous and causing mouth ulcers when ingested, members of the genus have a significant variety of different medicinal uses. It is considered to be the plant of fertility and pregnancy. In Xhosa culture a necklace of the roots is worn as a charm to bring healthy, strong babies into the world. Zulu people use the plant in the treatment of heart disease, coughs, colds and chest pain. It is also used to ward off thunder by those scared of thunderstorms. It is also sometimes used as a love charm.

So come visit us at Kirstenbosch and see the stunning blooms of the ‘Flower of Love’. Membership of the Botanical Society of South Africa gives you free unlimited entrance to all our national botanic gardens. So why not sign up or gift a membership to a friend or loved one? We look forward to welcoming you.