Today we celebrate the 15th anniversary of Endangered Species Day, a day dedicated to people of all ages learning about endangered species and how they can be protected. Due to the COVID 19 crisis, his year’s celebration will be taking place predominantly through online education and activities and digital actions. This year we will be celebrating this important anniversary for Endangered Species Day by introducing you to some of South Africa’s lesser known threatened plants from across the country.

So what is a threatened species? How does a species become threatened with extinction? South Africa is currently home to around 20 000 known species of plants, constituting around 10% of all plant species found on Earth. Sadly nearly a quarter of South Africa’s flora is classed as threatened with extinction or of conservation concern. This means that it has been shown to be subject to one or several different threats that reduce numbers of that plant in its habitat or are contributing to habitat loss.

Many of South Africa’s threatened plants are ephemeral, thus meaning that they germinate, grow, flower and set seed within a growing season of just a few months when weather conditions permit. Some other threatened plants are only seen in their habitats during a specific successional period (for example in the first year after a fire). This makes them challenging to find and to properly quantify how many still survive.

A further complicating factor is that there are many more interesting and threatened plant species living in plain sight that have not yet been formally described as accepted species by plant taxonomists. In addition, there are many South African plant genera that still require taxonomic revision. At least 15% of South Africa’s plant genera are in urgent need of taxonomic revision (Victor et al. 2013; Victor et al. 2015). Taxonomic revision occurs when scientists reassess the scientific names of a particular group of plants, as new technologies and more detailed datasets allow us to more accurately differentiate between species. Additional resources are needed to support this work.

Plants may be threatened because of illegal collection for medicine or the horticultural trade; it might be as a result of changing climate or fire frequency within the habitat that the species grows. Species may disappear as they lose their habitat, either from colonisation by alien invasive plants, habitat clearance for agriculture or urbanisation to feed and house a growing population. More information about the threat status of South Africa’s flora can be found here: www.redlist.sanbi.org

This beautiful shrub is a member of the Fabaceae or pea family and is in the same genus as rooibos. Aspalathus recurvispina is historically known from six localities around Port Elizabeth in the Eastern Cape, but all of these have been lost to urban development of the suburbs around Port Elizabeth. Concerns were raised that this species had become extinct, but a new subpopulation of around 200 plants was found in a 1.5 Ha fragment of natural vegetation in the area.

This population is however, likely to continue to decline due to habitat invasion from invasive alien plants as well as habitat degradation. Since this initial rediscovery, Eastern Cape CREW have located two additional new subpopulations, but these also remain highly threatened and so monitoring is ongoing. Aspalathus recurvispina is therefore listed as Critically Endangered on the Red List of South African Plants. 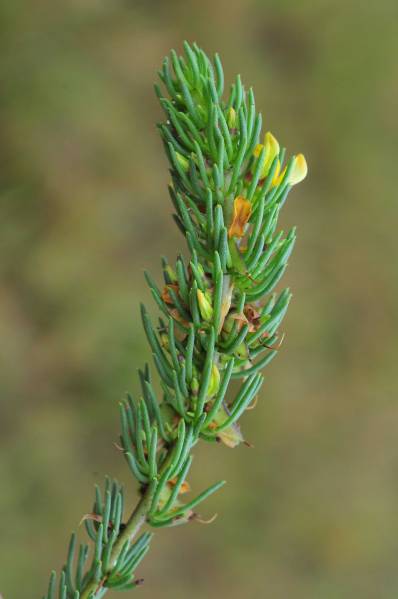 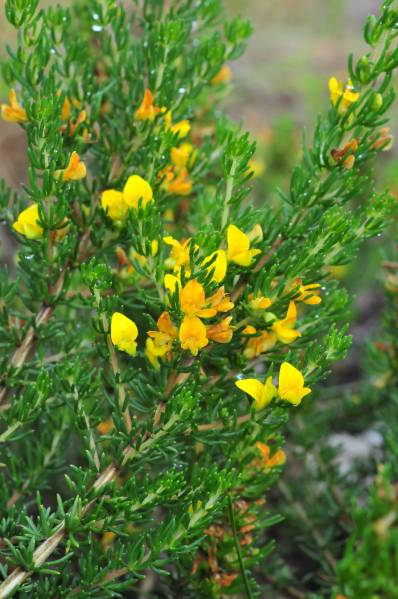 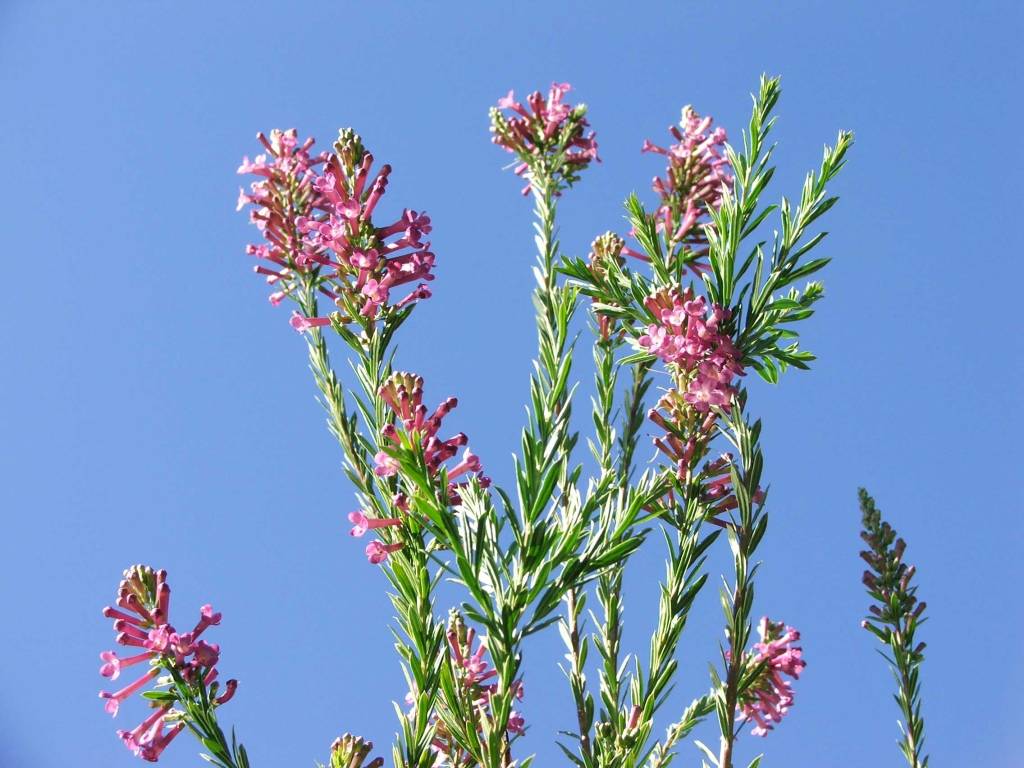 The beautiful dark purple tubular sunbird-pollinated flowers of Freylinia visseri are hard to miss. Sadly this species is teetering at the brink of extinction. It is also known as the Velddrif Bell Bush or Velddrif Klokkiesbos in Afrikaans. Flowering takes place from September to November. Freylinia visseri is historically known from just two sites.

One of these known subpopulations has been lost due to habitat transformation for wheat cultivation, and the other site has been ploughed up for rooibos tea cultivation. However, a few plants still survive at the latter site and proposals have been made by new landowners to fence off the remaining plants to help them survive. There are also stewardship efforts taking place within the broader river catchment area in the region.

Various efforts have been made to conserve this species ex situ in cultivation, with material being collected in 1954 by Mr Floors Visser who saved four plants from the farm Hermanauskraal. In 1992 members of the Botanical Society’s search and rescue team planted 20 plants of this imperilled species back into the veld at its original site. Freylinia visseri is listed as Critically Endangered on the Red List of South African Plants. 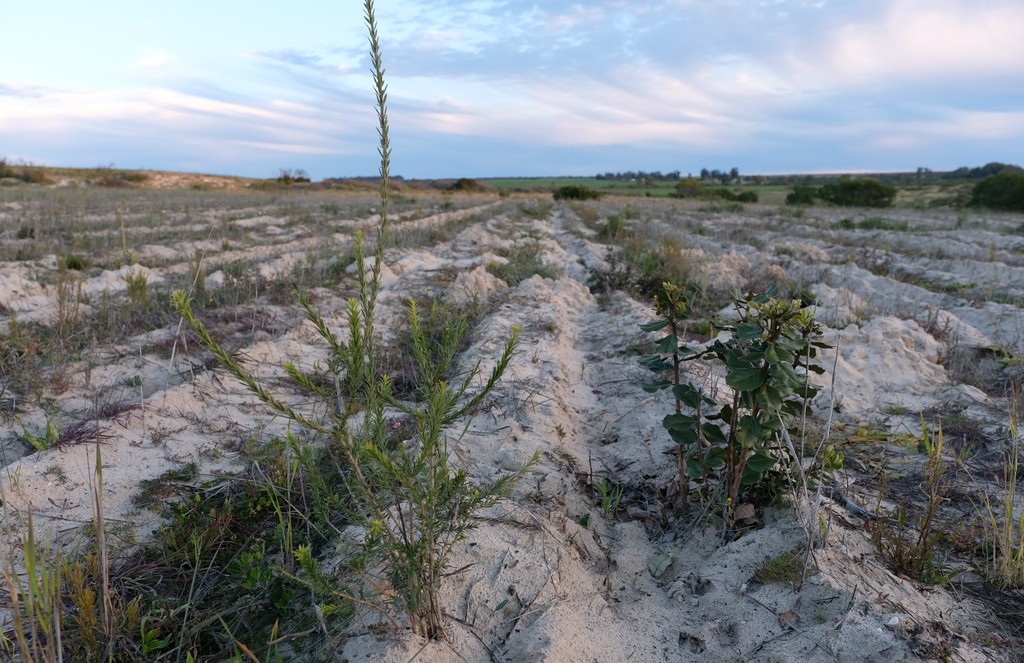 The delicate white blooms of Lachenalia convallarioides are also close to becoming lost from the landscape forever, with this species also being Critically Endangered on the Red List of South African Plants. It is known only from one site in the Makhanda area (formerly known as Grahamstown).

Lachenalia convallaroides grows in relatively specialist habitat in Suurberg Quartzite Fynbos on south-facing rocky quartzite outcrops from 17-1800m asl. The fifty or so plants that still survive are further threatened by alien plant invasion of the site. The site is managed by the Wildlife and Environmental Society of South Africa (WESSA) and monitoring by Eastern Cape CREW is ongoing.

Above: Lachenalia convallarioides in habitat near Makhanda. Photo: Tony Dold.

South Africa’s threatened plants need our help. The Botanical Society will be putting special emphasis on prioritising that our work, as well as partnerships help conserve our imperilled flora, by being a strategic force driving innovation around the conservation of threatened species and habitats. 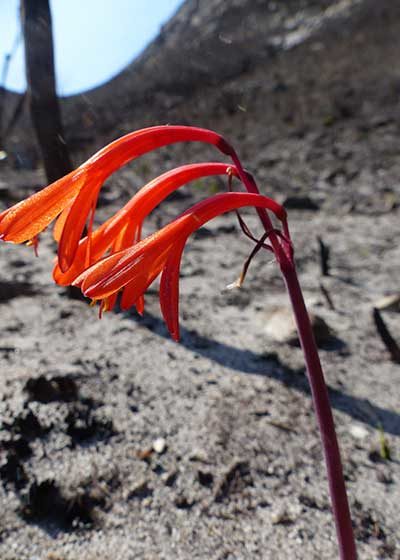 After the fire: Bettys Bay fynbos five months on
South Africa’s fynbos is a fire prone and fire dependent vegetation, making it a tough neighbour to live alongside when the summer fires come.

South Africa’s Bushveld Vegetation: An Introduction
According to some scientists, bushveld is considered a primarily vernacular term used in South Africa and Namibia for the vegetation that comprises South Africa’s Savanna Biome.
1 2 … 8 Next

We were joined by Caroline Petersen, BotSoc Counci

"Languages are like plants in more ways than one.